Still trying to get ready for Historicon and here is my first playtest of the scheduled Thursday night game: Battle of San Isabel 1866. Designed for 4 players, but could have additional players if the other players don't mind sharing their command.

All figures are 15mm and are mostly Freikorp (QRF sells them now). I will be using Din of Battle 2 rules from Piquet. I will be using my Rule of 1/3 to help mitigate against crazy impetus swings, but still allow for enough chaos to keep it fun. :-)

I don't have time to do a big write-up of this battle, but we had a great time on Wednesday fighting with these very unique armies.

Here are some action photos to enjoy!

Nice shot of the battlefield. Still have some flocking and detailing to do, but it was nice to put everything on the table. 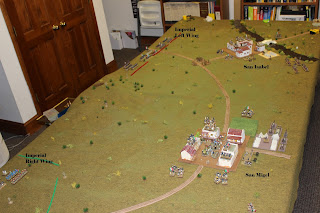 Imperial Mexican rigth wing commanded by Jan. This is a very colorful command with the Belgian Legion at their core. 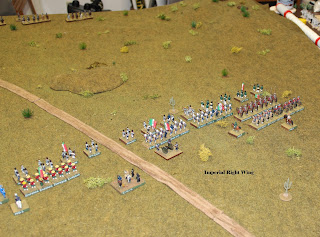 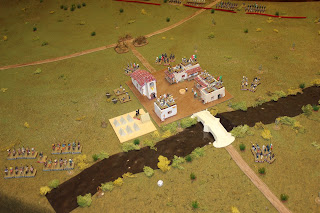 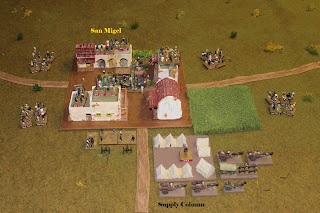 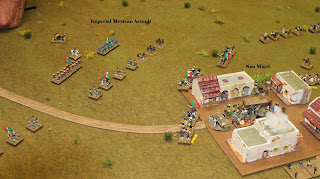 Over near San Isabel it is about to get BUSY! 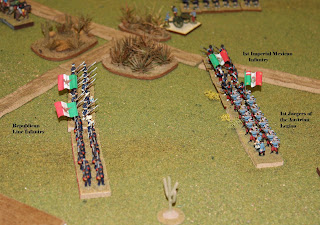 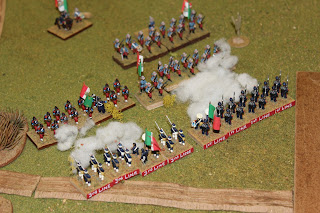 Supremos Podres (in gray) start shredding the Imperial troops with their Henry repeaters! 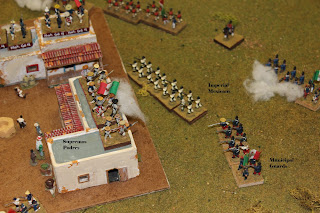 Imperial Mexicans push forward to the outskirts of San Migel. 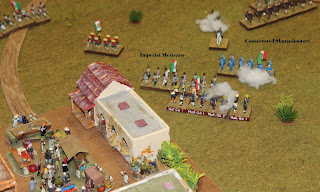 Consecrated Sharpshooters being attacked by a Republican National Guard battalion. 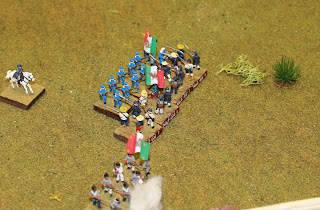 The beginning of a dramatic serious of events at the 3rd Jaegers of the Austrian Legion bash their way into and through San Isabel. 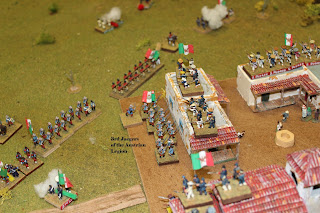 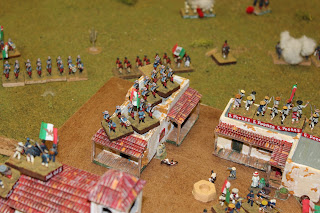 Finally the Austrian Legion throws out this National Guard unit holed up in the Church and they start to take out the Republican Supply wagons. 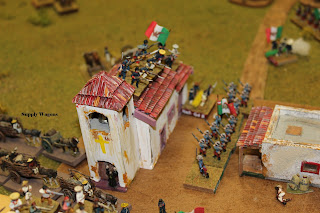 Imperial Mexican victory at this point, but there was still a good deal of fighting left.

Off to do some tweaking and more painting and flocking!
Eric