Several years ago I was attempting to run a linked set of battles as a Taiping Rebellion campaign. We made it through 2 battles and then I was side-tracked (very easy to do), but I wanted to share with you the photos from the two battles.

This post is about the first battle called OVERRUN. This scenario was to depict the first initial growing pains of the rebellion witht the Taiping surprising and overrunning their enemies in the early part of the war.

You will see a large Taiping force fighting Green Bannermen (Imperial Chinese) along with some local militia.

Game was fought using Piquet rules. Figures are mostly Foundry with some Old Glory mixed in. Eventually I will get around to flocking the bases, but haven't completely decided on the technique I want to use on them. This is my only major collection of figures in 25mm.

The Taiping Flags are spectacular and are available from the Virtual Armchair General. Now if I can just get them to do the Imperial Chinese flags then my collection will be complete. I do plan on putting more Taiping flags on each unit, just because it looks really cool.

First you can take a look at the units involved and the initial deployment. The Taiping army was comprised of 3 infantry brigades, while the Imerial Chinese had two small brigades and some cavalry support. Chinese civilians can be scene fleeing the town.


﻿ ﻿ ﻿Hope you enjoyed the photos. I wish I had more photos of the end of the game, but the Taiping won the battle, as expected.

Scenarion #2 is called Confrontation and I will be posting that later this week.

Here are some unit photos of some of my different fantasy 15mm armies. 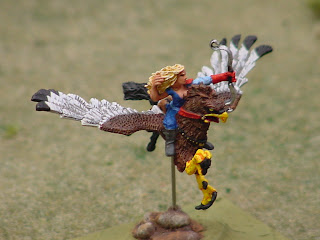 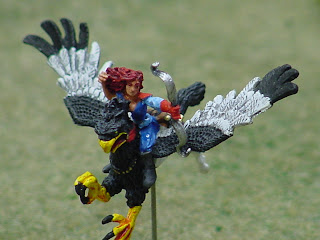 Wemics by Ral Partha
I personally think these are some of the most amazing sculpts around. I have based and flocked these since, but don't have newer photos. 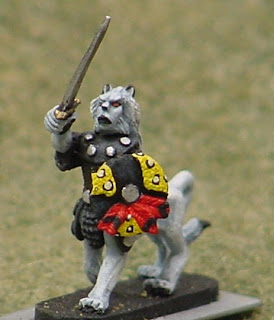 I'll continue to post more photos this week.
Eric
Posted by Eric Burgess at 8:14 AM 2 comments

We usually  setup two fantasy battles side by side on the table to allow more participation and playtesting. This night we had Brian's Amazon Army taking on Brian's lionmen army. On the second table we had Eric's Amazon army with a brigade of monsters fighting Eric's Dwarven army.

I didn't get a lot of shots of Brian's battle as I was actively fighting in the other one, but I love these two shots of the Mastadons smashing into the Amazons. The Lionmen Army lost this battle as their armor prooved too weak to resist the power of the Amazons. All the Amazon figures are available from Lone Gunman Games. 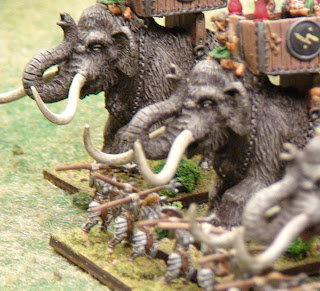 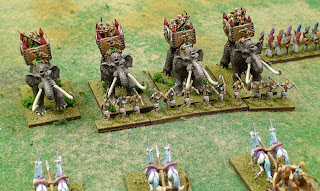 Meanwhile, in my battle you see the Dwarves on defense (another mountain pass scenario) with the Amazons Army and a brigade of monsters (Trolls, Bugbears, Drow, etc) attacking. The Dwarves managed to win this battle, but it was very close. 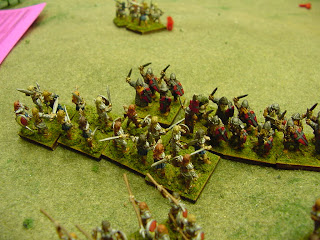 Hope you enjoy!
Eric
Posted by Eric Burgess at 8:44 AM 5 comments

Sharing some photos from a game night from about a year ago. Seems I only took photos of the pre-battle deployment as I was too busy enjoying the battle (Wood Elves won) to bother taking photos of the actual battle.

The scenario finds the Orc raiding army camped in a clear in the woods, only to be ambushed at dawn by the Wood Elves. 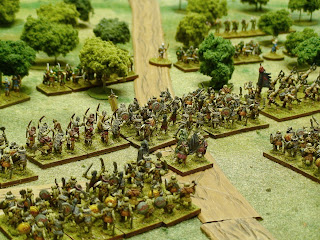 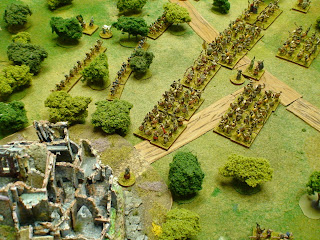 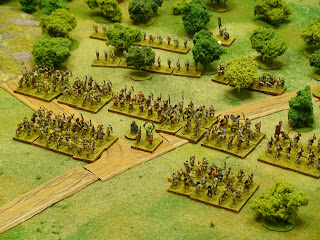 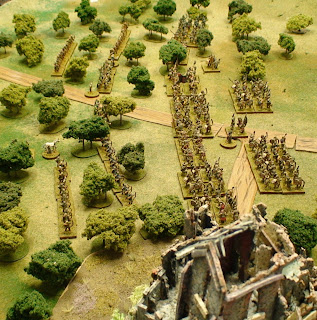 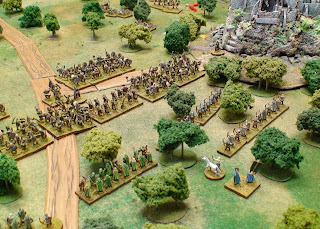 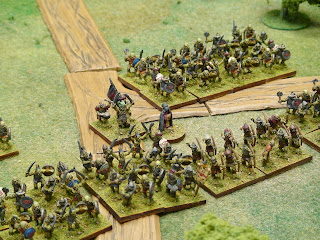 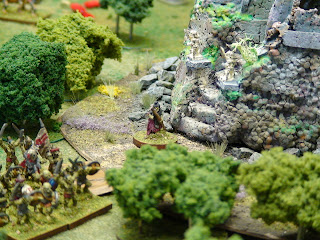 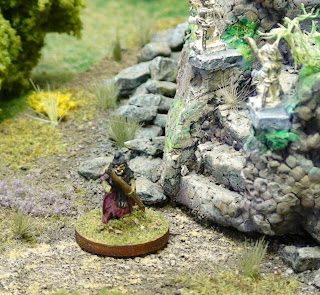 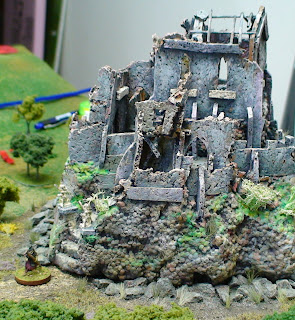 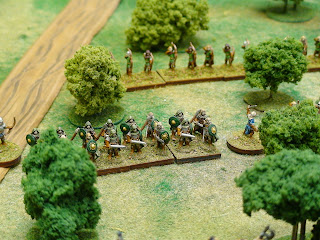 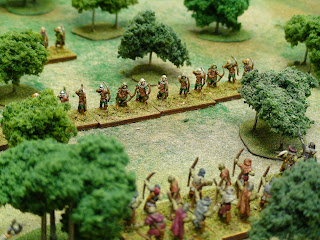 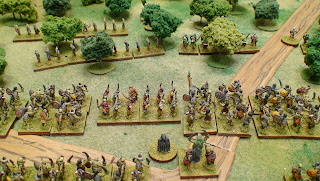 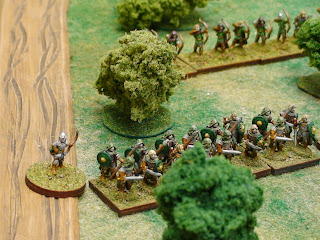 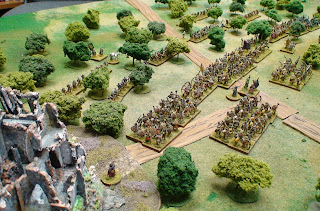 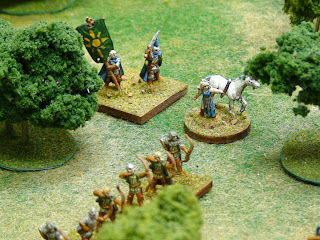 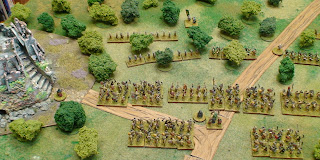