It has been a long time coming but I got off my butt and painted several units for both my Tonkin and Maximilian projects. NOTE: click on photos for larger images.

First up are my last two Zouave battalions needed for my French Maximilian army, which is now completed!! I don't get to say that very often!

Here are the two battalions of Zouaves (Thanks Hal Thinglum for the units) which I touched up, rebased, and added flags. They appear to be enjoying R&R at Vera Cruz. I can now rest with regards to my French Army in Mexico! 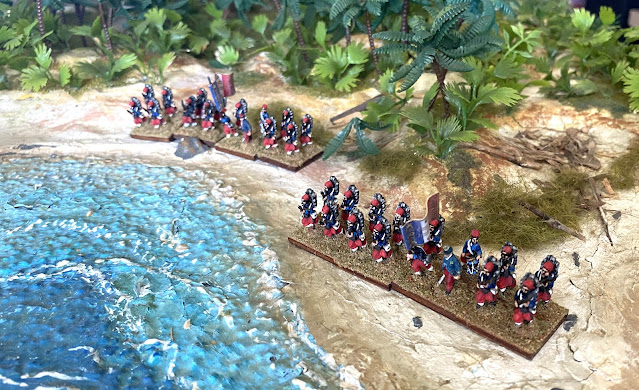 Here is a link to my French Army from a prior post.

I managed to finally find enough French Frontier figures to finish my French collection for Tonkin. I painted up the following over the last couple weeks. My two arthritic thumbs make this a choir rather than enjoyable.

Two Line battalions, both in summer white trousers, but different pith helmet colors. Here they are clearing out a native village. Where are those Black Flag rebels?! 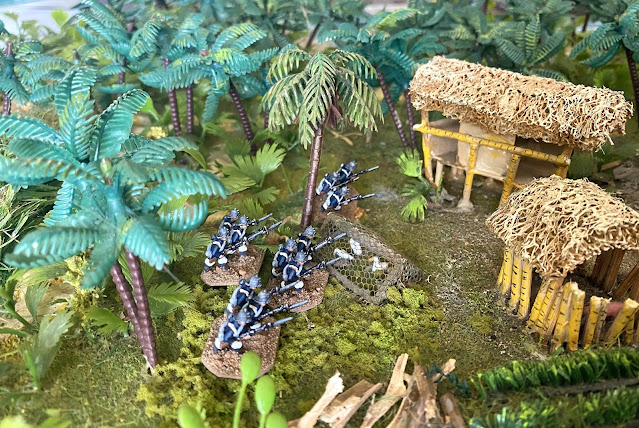 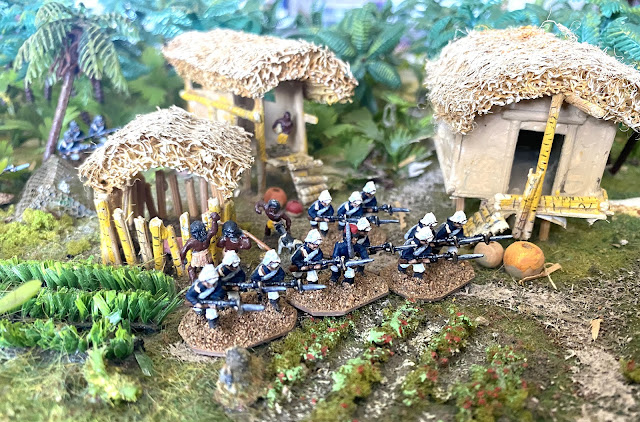 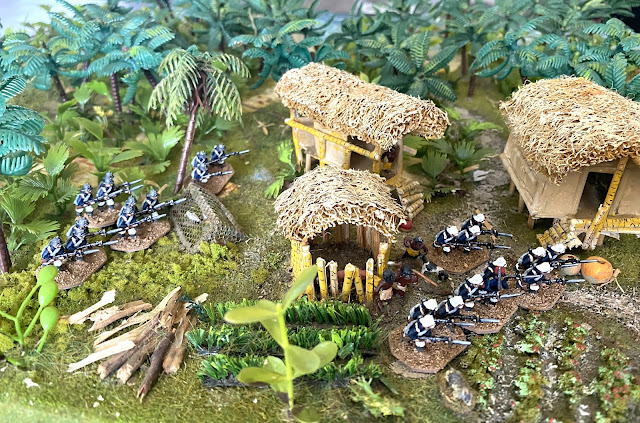 Two French Foreign Legion battalions (4 stands each) in dyed pith helmets and red trousers. Love how these units turned out.

One additional Marine (Colonial infantry, they are not really marines in the traditional sense). Who doesn't like how these soldiers look?! 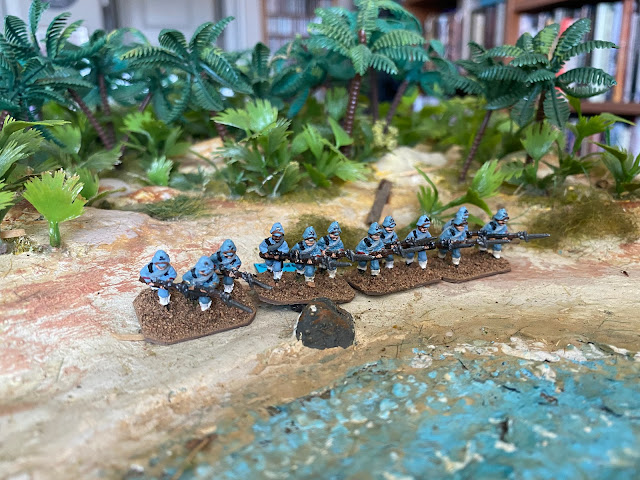 One Turcos (not sure I like the Santa Clause look, but they will do) 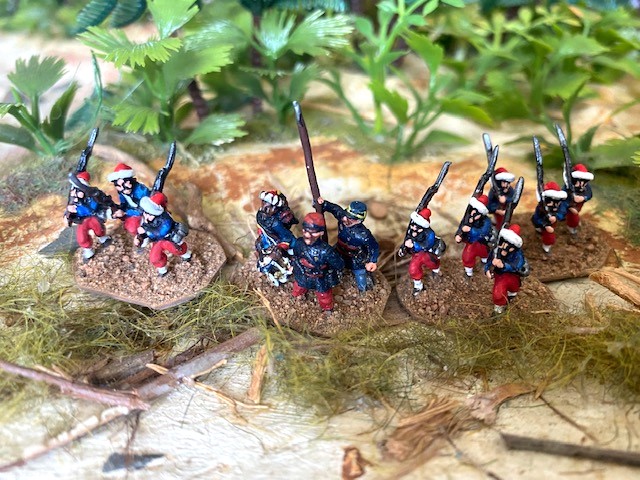 My French Tonkin force needs more artillery and commanders. Anybody know where I can find French artillery crew in Pith helmets? Maybe I just use British instead?