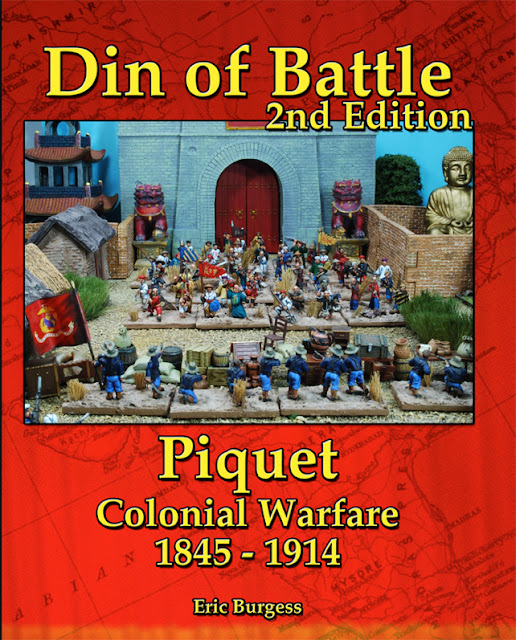 Din of Battle 2nd Edition Colonial Supplement is available to order from Piquet. Go to http://www.piquetwargames.com/ to place an order.

I truly believe you will enjoy the rules if you are a Piquet grognard or new to Piquet.

1. Rules weigh in at 96 pages!
2. Four Quick Reference Sheets (2 for Battalion\Company scale, and two for squad)
3. The game rule section is only 37 of those pages.
4. Rules include three scales: Battalion, Company, and Squad.
5. Squad special rules are only 3 pages.
6. Optional rule section, includes the Rule of 1/3, optional Pursuit rules, etc.
7. Nearly all cards have their definitions directly included in the DoB2 rules so you don't have to switch back and forth between the Master Rules and DoB2.
8. There 13 jammed packed campaign musters with Quick Unit Rating Tables to make setting up the game quicker. This is 44 pages of GOODNESS!
9. All sequence decks for a Campaign Muster are located on the same page so you can quickly create your Sequence Decks.
10. Those familiar with my Campaign Muster style (Archon 2) will see I've done many of the same things with DoB2; like include a list of all major battles in the war, recommended scale to fight in, suggested TAD decks, and muster special rules just to spice things up!
11. Army Characterization Table has been updated for the Colonial period.
12. Stratagems have been updated to be more period specific! Natives have a Stratagem table and so do the Imperialists. New stratagems include: Mass Assault, Deadeye, Last Stand, Fanatic Push, Advance Unnoticed, Careless Ammo Storage, Desertion and many others!
13. Glorious color photos!!! Front and back cover! A color CENTERFOLD page (i.e. - wargamer's porn) along with about 5 or 6 color photos scattered throughout the rules to make sure you are paying attention. 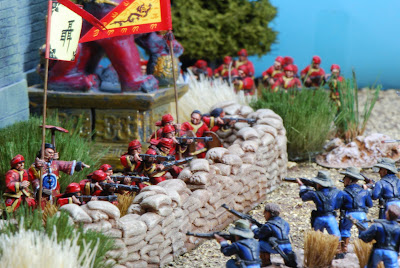