The last rebasing project for the Maximilian Adventure is complete. Here is the Republican\Jaurista army!

I really can't tell you own difficult this was to rebase these figures. Nearly all of the miniatures were plastered to metal washers, then glued to the thick wooden bases. Here is an example of that type of basing. Nightmare. As usual, click for larger images. You can also right click and open in a new window for the largest image resolution. 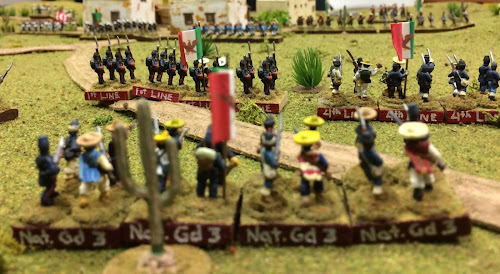 The rebased army is made up of 15mm figures with mainly Freikrop figures, but also Minifigs, Musket Miniatures, Frontier, and Old Glory ACW figures can be found mixed in.

The entire army (below) 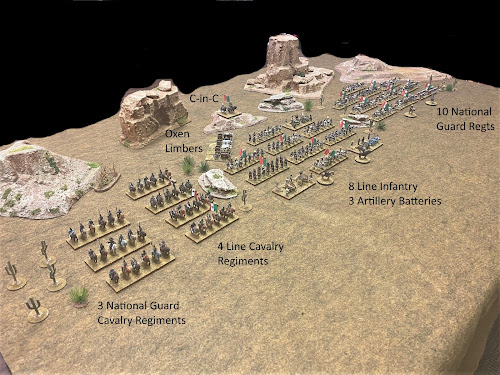 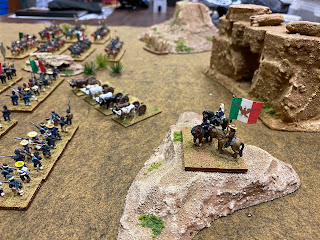 Except for about three units, each Juarista unit has 2 to 4 different figures per base with each figure's uniform being unique. Makes for an interesting and motley group!

Frontal shot with the Supremos Podres in the center in grey More angles and a close up shot. 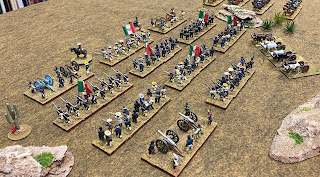 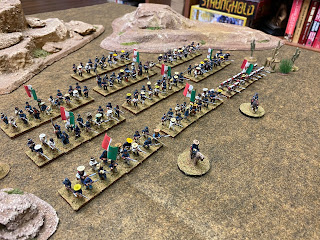 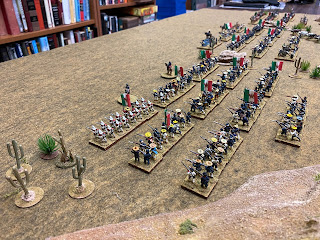 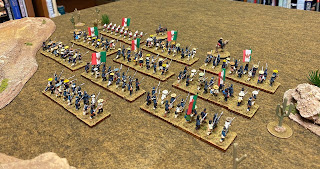 The NG cavalry are in the column on the table (3 regiments), while the second column closer to the right is the Line regiments. 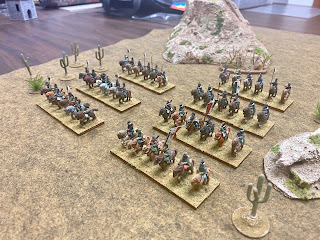 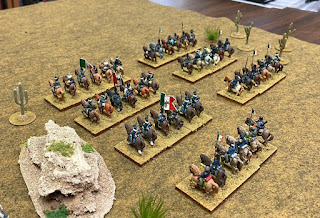 These are in front of the Line battalions along with the oxen limbers in the rear of the column.

What is Left to Do?
I have enough extra figures to paint up two more infantry units, one batteries, and one or two more cavalry units. None of which are needed to game at this point in time. I do have to put labels on the units in the near future.

Now I just have to get these back on the table!!

The Siege of Queretaro the Board Game
I met a gentlemen named Steve Kling who is going to be publishing some unique games and one of them will be the Siege of Queretaro, which is perfect for this blog post! You can follow him on FaceBook @ https://www.facebook.com/The-Historical-Game-Company-LLC-and-THGC-Publishing-1458809827724208/?ref=bookmarks

Also, they are considering making enlarged vinyl maps for those that want to incorporate miniatures!! 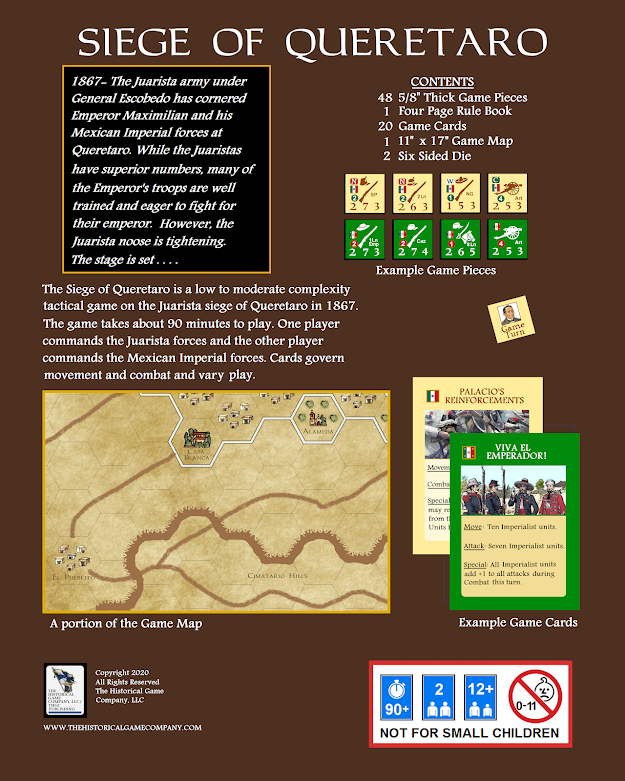