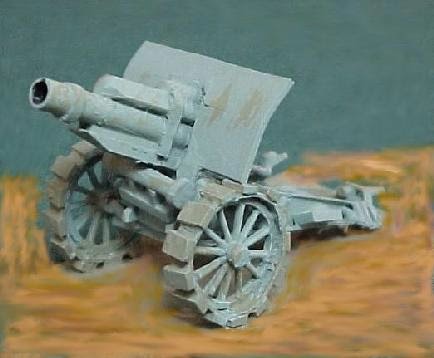 BARRAGE can be used to refight any World War One battle. From the trenches of the Western Front, to the Italian Alps, to the Russian frontier, to the jungles of Africa, to the deserts of the Mid-East. Germans, French, British, Belgium, United States, Italians, Russian, Serbians, Australians, New Zealanders, Austro-Hungarian, Indian, Bulgarian, Rumanian, and Ottoman Empire armies are covered in BARRAGE. Each nation has their own TO&E, Sequence Deck, Army Ratings, and difficulty ratings. Armies and Leaders are rated through-out the war and these values can vary from front to front. Each front also has a listing of all the major battles and offensives to give you ideas for scenarios.


BARRAGE has many stratagems which can be used to spice up your scenarios. These stratagems can be drawn randomly through the Army Characterization deck or scenario designers can use specific stratagems to make a scenario more interesting. Each war, and sometimes front, has different stratagems. In total there are 17 different stratagem tables.
Some of the stratagems contained in BARRAGE are Big Push!, Advanced Unnoticed, Enemy Exhausted, Fast Carts, Marshy Ground, Air Support, Balloon Observation, Flying Circus, Machine Gun support, Machine Gun Barrage, Purged, Lines-of-Communication severed, Tanks!, Desertion, Sailors Arrive, Mine, Cheka, Ice March, and Trostky Arrives. These are just a few of the exciting stratagems that can be used in your battles.


Sample TO&E of the Bulgarian Army


NOTES:
1. Six 75mm Schneider-Creusot field gun batteries (4 guns per battery)
2. Six batteries of old 75mm and 87mm Krupp guns( 4 guns per battery)
3. Two regular brigades and one reserve brigade. All have the same organization.
4. Three howitzer batteries (Army Asset) (105mm Schneider-Creusot FH)
5. Three Heavy Howitzer batteries (Army Asset) (150mm Krupp Heavy Howitzers)
6. Not all divisions had mountain gun batteries. If they do each battery had four 75mm Schneider Mountain Guns.
7. Each battery is composed of four 75mm Light Field Guns.
8. As the war progressed the number of Machine Gun sections increased. By the end of the war each Battalion should have at least one machine gun company of three sections.


Errata
Last updated 2003
The Barrage errata will have rule clarifications or posibily changes along with sequence deck updates.

Close Assault Range
The close assault range for Barrage's company scale is 0 - 1 inch. Units may spend one impetus on the Close Assault card as long as they are within 1" of the enemy. This was somehow omitted from the rules. I apologize for any confusion.

Machine Gun and Artillery Deployment (01/19/2001)
MGs and Artillery may deploy in any direction on a Deploy card, unlike infantry and cavalry which must maintain their current facing when deploying.

Superior and Abysmal Sub-commander Optional Rules (03/09/2001)
If a sub-commander is exceptionally good or exceptionally bad they will affect the make-up of the sequence deck. For a Superior sub-commander add one Brilliant Leader card to the deck. This card should be marked in some way to show which leader can use it. One this card is turn the Superior sub-commander can make it any card he/she desires and act on it normally. Only that sub-command can act on the card. If there is an Abysmal sub-commander add a Command Indecision card to the sequence deck. This card should also be marked to indicate which leader it applies to. When this card is turn that particular command suffers a Command Indecision and cannot act on any of the remaining impetus in the current initiative. 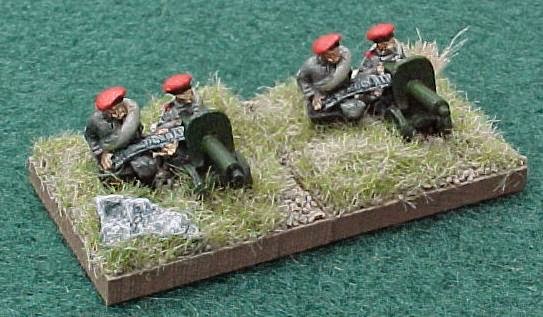 Page 13 - 7.5 Area Fire for Machine GunsAdd the following sentence after the second sentence in this section:
"All units must be in the MG's beaten zone to be targeted."

Page 18 - 13.0 Off-Table AssetsChange the last word of the second sentence from "unit" to "command".

Southern Theatre (RCW) - Page 142
First column should say "Kornilov's White Army" not "Kronilov's".
Reduce the White Army's Infantry Target Acquisition to 2 instead of 4. The White army of this period was chronically short of ammunition.

WWI Belgians have a mistake in their TO&E. Remove the following line (Page ???):

"2. During mobilization the number of battalions per regiment went from three to six."

The TO&E is correct for wartime. What happened was originally there was only one regiment per brigade. A second regiment was created once the war started causing the number of battalions per brigade to double. So the brigade went from three battalions to six. My just removing note #2 you will have the correct TO&E. Each regiment has three battalions, 2 regiments per brigade.