We started a new siege with some slight scenario and rule changes and this time we played for two weeks in order to get to the Prussian ASSAULT!

Jan and Mike were the Austrian Garrison, while Brian and Phil were the Prussians. We ran this one to a Siege based conclusion over two nights of gaming. About six total hours of game time and 3 weeks siege. 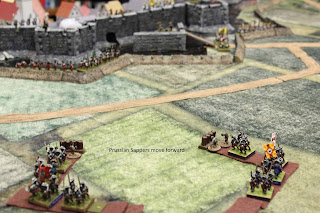 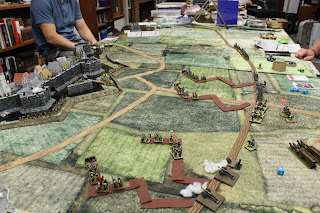 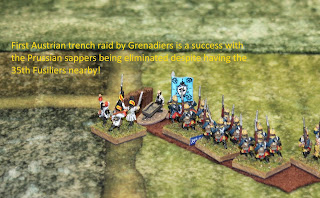 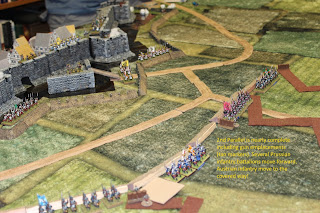 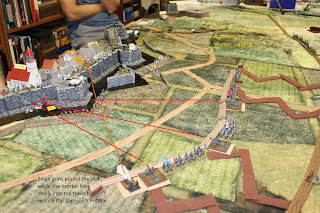 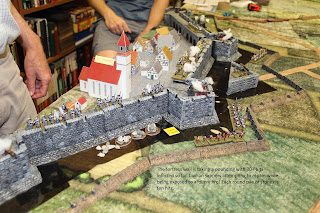 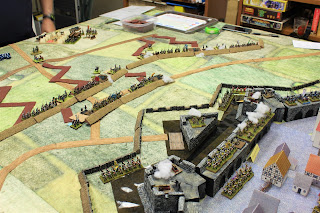 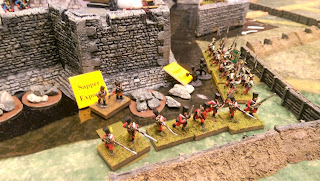 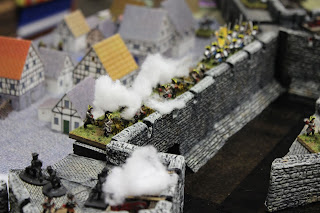 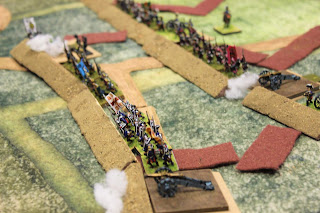 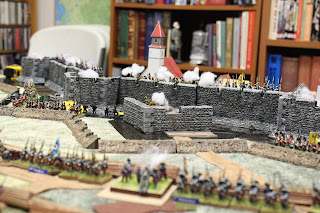 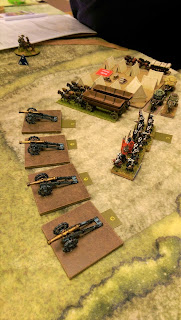 As Jan wrote:
"Yes, unlike their very poor trench raiding prowess, the Austrian artillery turned out to be surprisingly, and some would say luckily, effective, hammering away with counterbattery fire until the Prussians called it all off and decamped! And not a moment too soon, with the third parallel in place and more to come, it was getting very confining within the wall of Olmutz! It was another great game of siege warfare, with a lot of nail-biting action and suspense on both sides of the table, and I'm looking forward to playing it again soon!"

Next session will include more minor tweaks and a solid playtesting of mining. Can't wait for that! Also the rules are overseas being playtested to see how they hold up under fire when I'm not their to answer questions.

I ran two playtests of my Vauban's Wars rules after re-writing them a couple years ago to use Field of Battle game mechanics rather than traditional Piquet mechanics. I did that to make the Siege games run faster and more streamlined. I like what I see so far.

I chose a historical siege this time with the 1758 siege of Olmütz:

This siege has everything that you want in a game: weather issues, flooding, good supplies for the garrison, lots of trench raids, spies, magazine explosions, etc.

The first game was tough on the Prussians as I had the first parallel too far out just like the real siege and they were stuck having to move forward to be able to start doing any harm to the fortress. Also the Wasserfort (Water Fort) was a literal thorn in their side during the advancement.

We had lots of laughs around terrible spies, trench raids, and bumbling sappers.

There are some photos below with text in them describing the situation. This was turned out to be a great playtest as I'm doing some minor tweaks then we will go at it again next week.

Fortress is from an very old company of unknown name. The pieces are foam cast and very light weight. I usually find a piece or two at a miniatures convention flee market. I have all the pieces I really need for this style of fort and I'm working on my Vauban fortress from PaperTerrain.com. 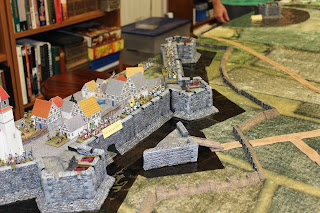 Austrians made effective use of Trench Raids to send Prussian sappers back to their Rally Point, which made it more difficult to make progress in the siege for the Prussians. 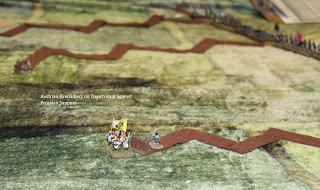 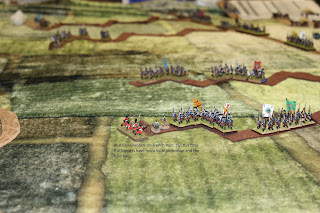 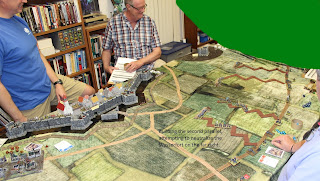 Once the Prussians got to the third parallel, they were finally able to make some progress in breaching the walls of the fortress. 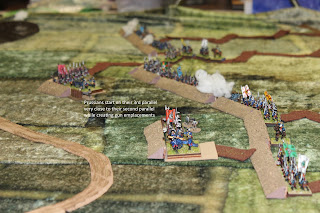 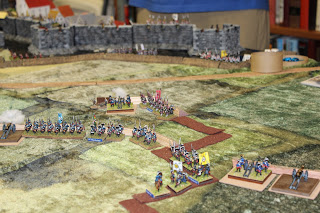 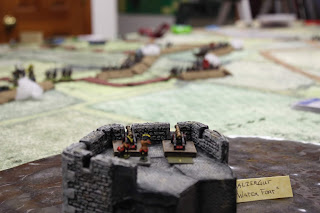 View from the Austrian Town Hall of Olmütz. We had to stop due to time, but we were able to finish 3.5 weeks of the siege by this point in time. 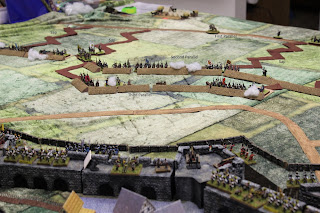 This next week, we will start the Prussians about six inches closer (inside artillery range, which
means they can start hitting the walls immediately if they like).

The Besiegers deck is going to have one more Sapper card, and one less Move card.
I’m going to take out one Siege Drags On from both sides (i.e. – one less extra card added to the deck).

Likely the Austrians will have an Average leader this time D10 vs D10.
I’m hoping this allows us to get to the 3rd parallel quicker and allow the Prussians to soften up the wall a bit without having to move to another parallel first. That historical scenario was brutal for the Prussians.