Just wanted to post an update on what is going on in the War Room here in Charlotte.

We are always getting board games in and this month has not bee an exception:
Scythe, Tuscany, Command & Colors Medieval, and Black Orchestra.

Vauban's Wars
Blind playtesting is continuing across the Atlantic with Tony and Phil. This is been very helpful as I'm not there to explain the rules and they need to play based on the written text. Good feed back on their first siege has added some changes and clarity. After their playtest finishes this week I will update the rules and send off to my two editors: Tim and Peter. Tim will also playtest the rules as written at that point. I'm on version 15 of the rules and hope to have these published by the end of this year (2019).

Couple photo's of Tony and Phil's siege game set during the Seven Years War with the British besieging the French. 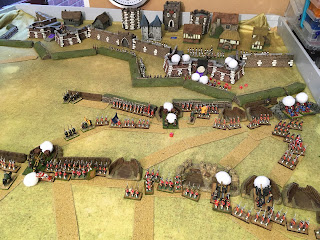 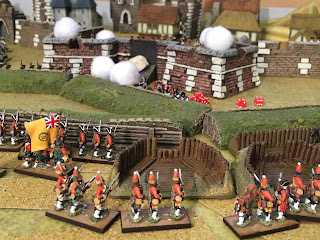 Song of Fire and Ice Battle

We fought a battle using Mac's glorious collection of Game of Thrones miniatures from CMON. I love the figures, but not a huge fan of the rules. The Lannister's won this one and here are some photos of the engagement. 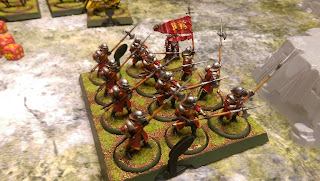 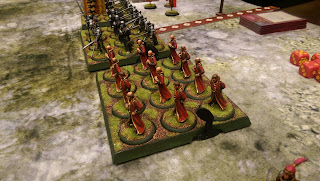 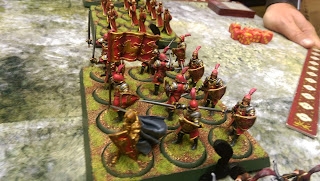 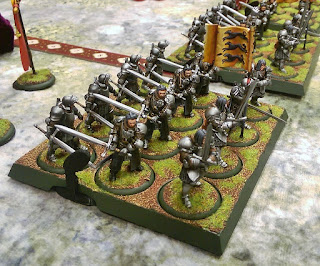 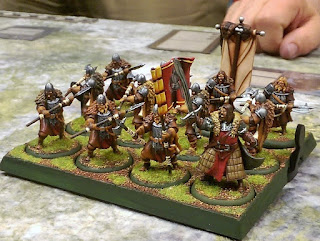 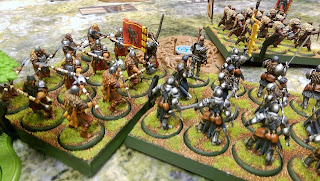 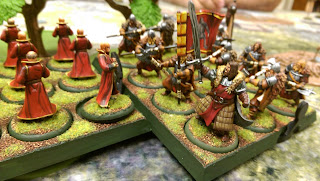 On the Reading Table
I'm currently working through the following titles:

Next SYW\WAS Battle to Fight?

Thinking about running the Hohenfriedburg (June 4, 1745) from the War of the Austrian Success, because it has both Austrians and Saxons (I want to get them onto the table ASAP) versus Prussians.

However, I'm unsure as to try to fight the entire battle as one scenario or break it in two: the Saxon part which happened hours before the Austrian part. It would be difficult to play this historically as one scenario due to when the Austrian right wing got into the battle about 3 hours after the initial fighting began on the Saxon wing. That would mean the Austria commander would be sitting around waiting for the Prussians to get to him.

I like the way Charles Grant breaks out the battle into two different scenarios with the outcome of the first battle impacting the location of Prussian forces in the second part of the battle.

I think I will go with the first part of the battle as outlined by GRANT in REFIGHTING HISTORY Vol 3.


BTW, the BritishBattles.com site usually has great maps, but I found the one for this battle extremely incorrect regarding troop locations.

Next Convention to Attend?

Since I have dropped Historicon from the convention list I'm trying to get out to more local conventions to support those. I'm thinking about attending Call to Arms in Williamsburg, VA in October. Just need to figure out what games to run if I do attend. Any other conventions that I should attend?