Motorsports, Gaming and Me

(Today's blog post comes courtesy of guest blogger Bill Koff, bon vivant (or is that dilettante?) and member in good standing of the Cape Fear Wargamers)

Are you old enough to remember watching the intro to ABC-TV’s weekly Saturday program The Wide World of Sports? Announcer Jim McKay’s classic lines “the thrill of victory…the agony of defeat” played over a montage of sports footage. If you’ve seen it, undoubtedly what you recall is that ski jumper tumbling down the hill in “the agony of defeat.”  But for some reason at about 8 years old, I was inspired by the thrill of victory shot: an early 60’s Formula One car whipping around a corner at speed as a checkered flag waves. 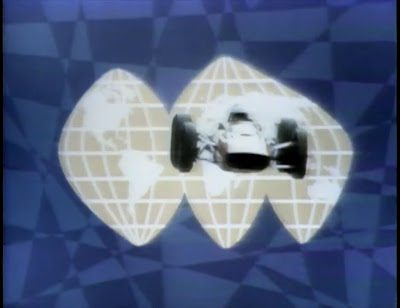 Probably around 1963 or so, my parents got me a 1/32nd scale slot car set for Christmas.

A couple of years later I graduated to 1/72nd scale Aurora and Tyco stuff, setting up intricate layouts on the floor of our family room. But one summer those tracks had to be picked up, as that same floor space became the scene of numerous contests of Avalon Hill’s Jutland. Wargames had invaded!  And intermittently ever since, like jealous suitors, motorsports and gaming have vied for my attention.

Fortunately along the way the two rivals have become friends. But through the 60’s and 70’s, it was one or the other, or neither.


For a brief period in the mid to late 60’s, commercial slot car centers seemed to be popping up all over.  My mom would drop me and my brother off at places with names like Motorama and Autopia, where we’d build and race 1/24th scale cars on giant tracks.  We were into it!

However, that stuff all faded away when my friends and I got into wargames.  Avalon Hill (and sports sims) ruled the roost, even into high school.  We played pretty much all of the classic AH titles - but for some reason their racing game Le Mans wasn't even on my radar.

Then wargames went away, and at that point they weren't replaced by car stuff.  No sir.  Upon leaving home at 17 I immersed myself in the college experience – that is to say, sex and drugs and rock and roll baby!!  As Peter Gabriel might put it, games without frontiers…

Having survived that, next came med school, with little time for outside pursuits – though I did manage to do a little wargaming with a few friends.  Marriage and internship followed.  I did set up a slot car track in the spare room of our first place for a couple weeks as a diversion, but it quickly went back into the closet.

However, later during my residency I gradually got back into gaming.  And by the time of my fellowship I was deeper into it than ever, attending the Origins national convention annually, writing articles in wargaming magazines, and submitting my first published wargame design.

Car guy-ism was still nowhere in sight at this point (although I did have an interest in European motorsport history).  But after we moved to Wilmington and I started my private practice, an unexpected windfall changed all that.  For now, let’s just say that I moved up to racing 1:1 scale cars.  But I was still way into gaming.  So would it be possible for these two passions to coexist?