Here is the scenario that I'm going to run on Wednesday night using Piquet's Hallowed Ground 2nd edition along with my tweaks to unit ratings.

French Objective: Drive Republicans from the village and the supply depot and capture as many supply wagons as possible. Due to nightfall approaching the French will need to push hard to achieve their objectives.

Republican Objective: Hold French off until nightfall so that the supply wagons can escape. Supplies need to be loaded wagons (one per infantry move in open card). There are six supply loads to remove from the mountain supply depot. These supplies are critical to the Republican effort as it is early in the war and supplies are scarce. It is also important to not have any units destroyed. Supplies move on Infantry Move card after loaded.

I have a ton of extra 4" x 6" photo paper from HP ink cartraige sets I have bought so I'm trying something different and printing out command group rosters on these photo paper sheets. If anybody wants to see the rosters I can email them the scenario along with the rosters. 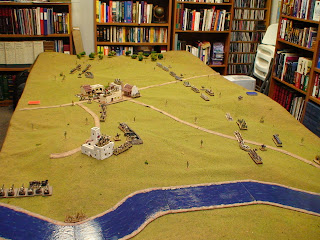 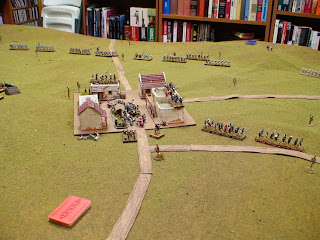 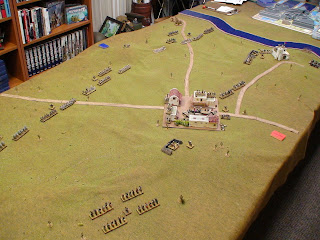 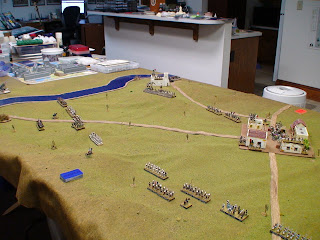 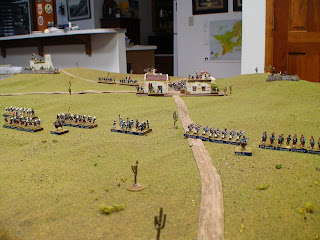 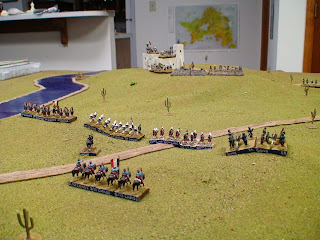 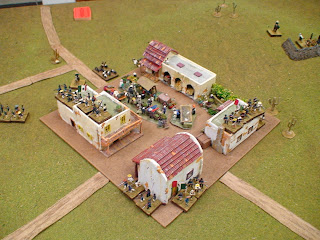 Should make for an interesting game.
Eric
Posted by Eric Burgess at 7:04 AM

Looks interesting alright Eric.
What movement rate will the wagons have along the road?

Where did you get your figures?