As part of the French army, this Egyptian battalion was sent to Mexico where they fought with distinction. The figures are from Old Glory's 15mm Colonial range. A friend of mine had some extras and he let me have 16 figures to make this battalion. 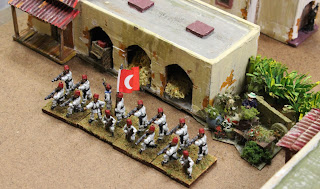 Sweeping through the market 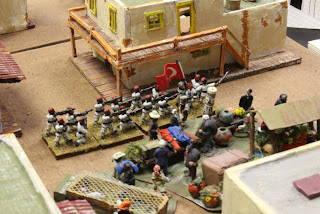 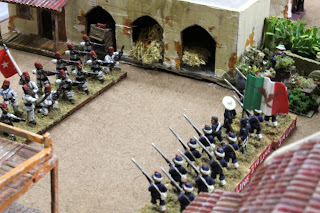 Well on my way to being ready for Puebla 1862 (I know the Egyptians didn't fight in that battle). I also plan on running at least one other Maximilian game at Historicon. That one will pit the Imeperial Mexican Army vs Republican Army. I invision the Austrian and Belgium Legion showing up in that game!