I'm frantically trying to make Guadalupe Ridge for my Puebla playtest on Wednesday night. I have all the figures ready and just need to create this large peice of terrain.

Guadalupe Ridge was the target of the French assaults on Puebla in 1862 (they learned their lesson and left them alone in the siege of 1863). This will be a large piece of gaming terrain with two fortifications crowning the heights.

My first attempt to create the ridge failed as I had originally settled on a 2' x 3' footprint for the ridge, but once I drew the fortresses on the ridge line the sloops were going to have to be too steep, so I have gone to 3' x 4' pink board.

My table at historicon will be roughly 5' x 10' so the ridge will dominate half the table.

Found the following maps of the forts at the time of the battle so this gives me a rough outline of the fortresses. 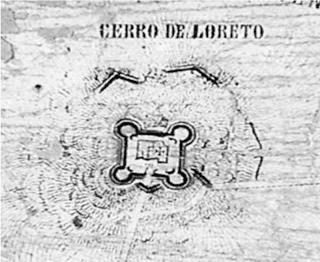 Fort Guadalupe with an Abbey inside it. 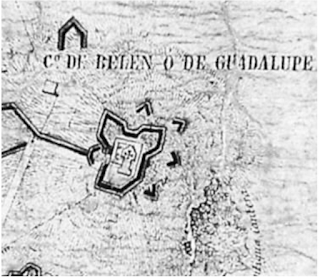 I blew up the fort jpgs to make a template to trace onto the pink board. The ground to the left of Fort Loreto and to the right if Fort Guadalupe are going to be steep rough (Class IV in game terms) ground.


#1 – template with walls. Discovered how to bend foamcore! 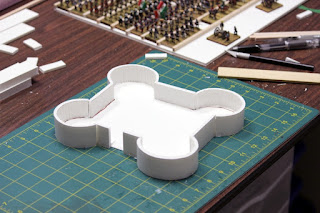 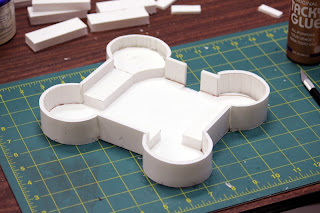 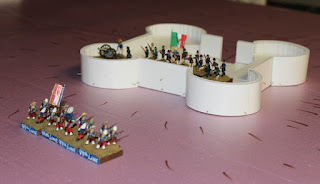 #4 – Good shot of Loreto and Guadalupe in the background. Ridge is not cut out yet. 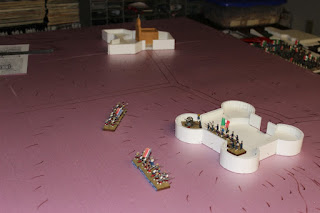 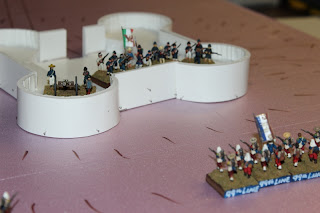 #6 - Made gates that can be removed if needed. Made a similar one on Guadalupe. Also filled in the gaps on both forts with wood filler. 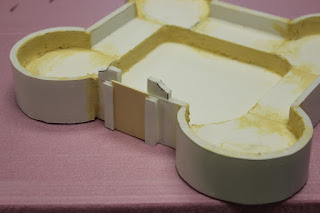 Showing the template of Fort Guadalupe from the map above, which is blown up to scale. 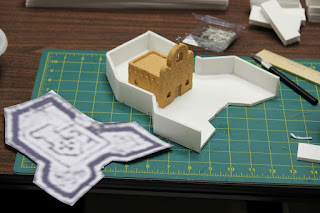 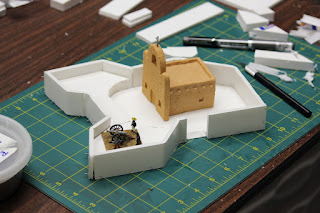 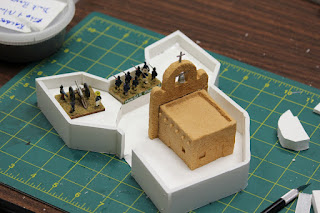 Guadalupe Ridge in the process of being carved out. Fortresses are not painted in a black base coat. Still have tons of work to do on this, but I wanted to share. 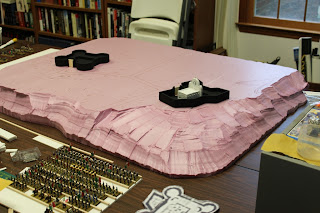 This has taken a lot of research, but well worth the effort! Historicon will be a blast!

I will try to post pictures of our playtest next week.
Eric

Very cool Eric! Fascinating to see the progress from the drawings to rough ideas to semi finished terrain. I love these posts.

I agree, really interesting seeing it from conception through the various stages.

So how *do* you bend foamcore?

Bending foamcore requires you to score the side of the foamcore that will be on the inside of the bend. So for each turret of Loreto I just scored, with an exacto knife, the interior wall side, then bent it into place. Glad you like the post! Can't wait to put this monster on the table.

Looking very good, Eric! Both the forts and the ridge. Looking forward to seeing how you finish it all off!

It looks incredible. Can't wait to see the finished product.

Looks good Eric, fun to see a step by step. Counting down to H'Con up here as well.