The Imperial Guards Division is the second division I've completed painting and fielding for my Russo-Japanese War games. Most of the figures were already painted when I bought them, but I had to rebase, flock and do some touch-up painting to prepare them for battle. It was quite a lot of work.
The Imperial Guard was part of the Japanese 1st Army and fought in the following engagements during the war: Yalu River, Motien Pass (Motienling), Liaoyang, Shaho, and Mukden. The division fought in all major engagements outside the Port Arthur siege\assault.

The Imperial Guard uniform had red cap band and red collar, while the LINE regiments had yellow cap bands and yellow collars. These figures are in the early war winter dark blue uniform but the Guard Cavalry is in the khaki uniform that was issued later. All regiments and brigades are color coded on the back of the base for easier identification during a game.
Infantry figures are 95% Frontier miniatures (15mm), while there are a scattering of Irregular miniatures throughout the commands stands. One command stand has Falcon USA figures in it, which are very nice. Artillery is from the Really Useful Guns range sold by Irregular Miniatures. Cavalry figures and their dismounted counterparts are also from Irregular miniatures. Flags were made from clipart, and touched up to add blue-ish outline, which I then touched up with paint.

The commander of the Japanese Imperial Guard is Lieutenant General Hasegawa, and he was in command of the Imperial Guard throughout the war. He can be seen in the photo below.

Below is General Baron Hasegawa in front of the artillery regiment. 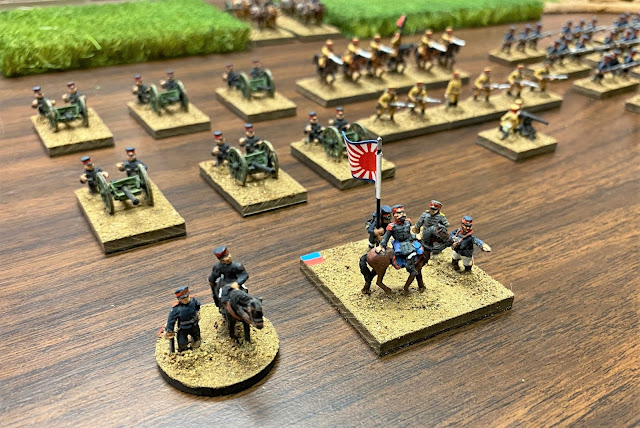 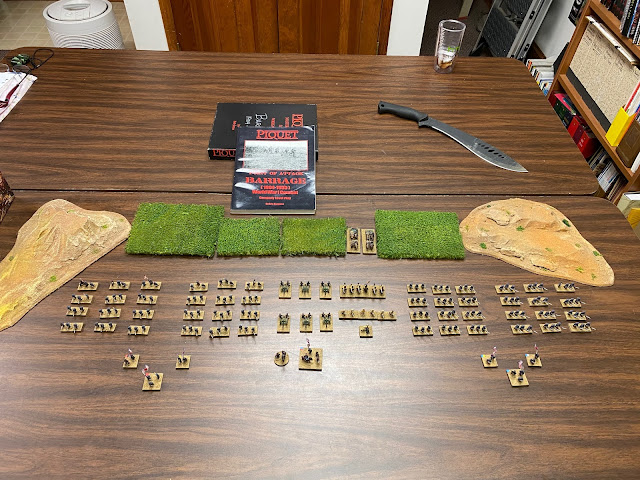 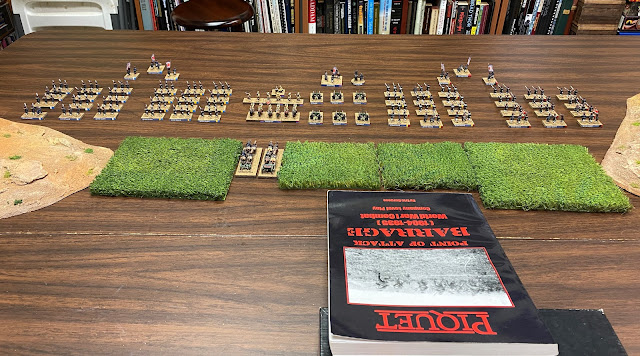 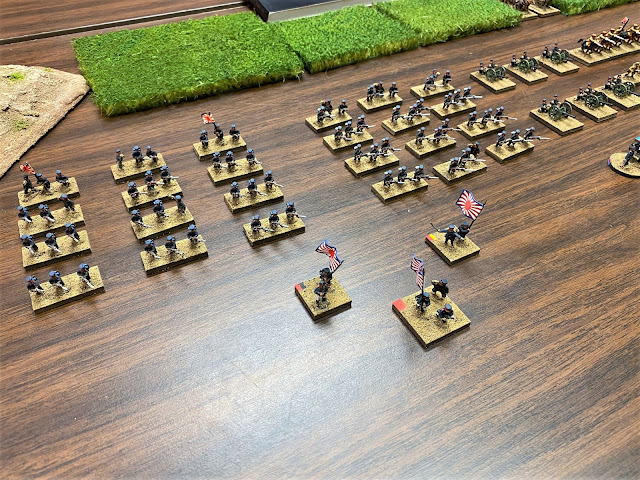 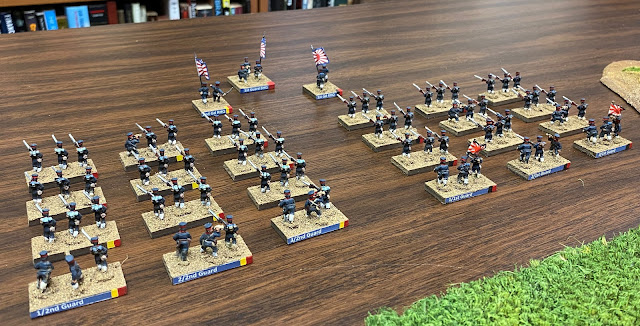 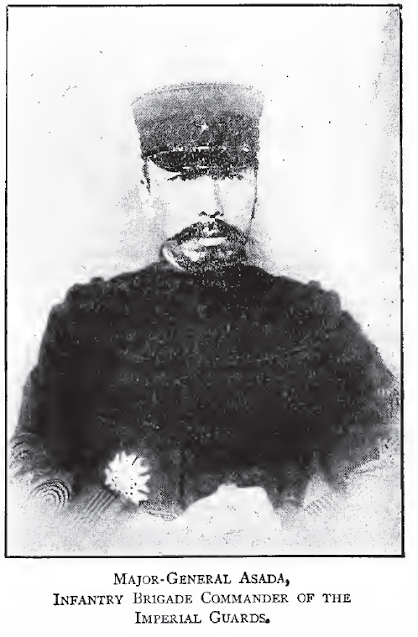 Below is my version of Major-General Asada of the 1st Brigade along with his regimental commanders: 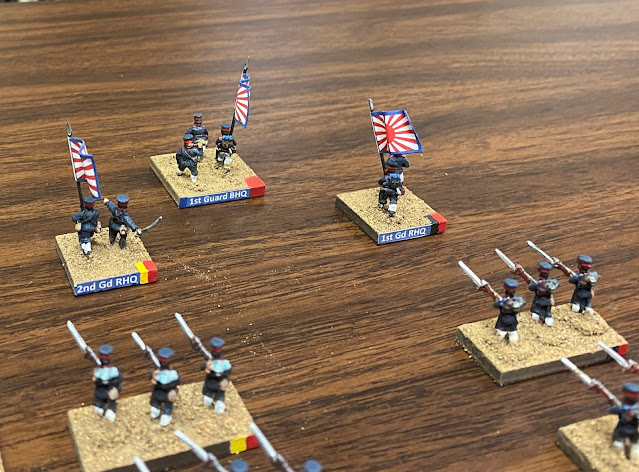 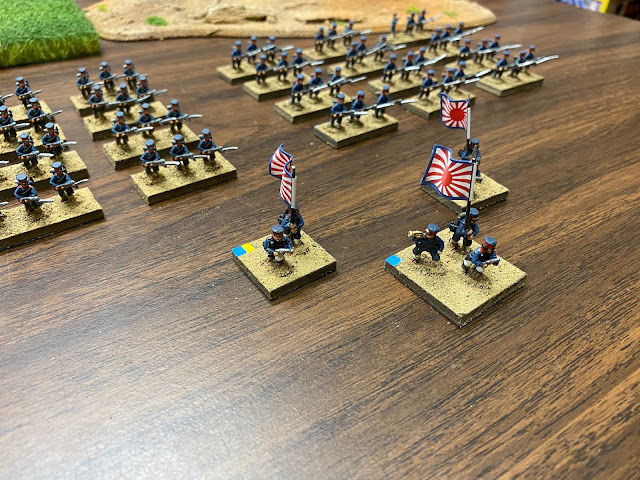 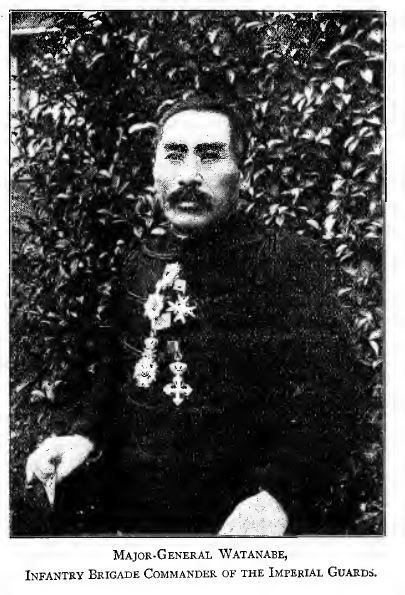 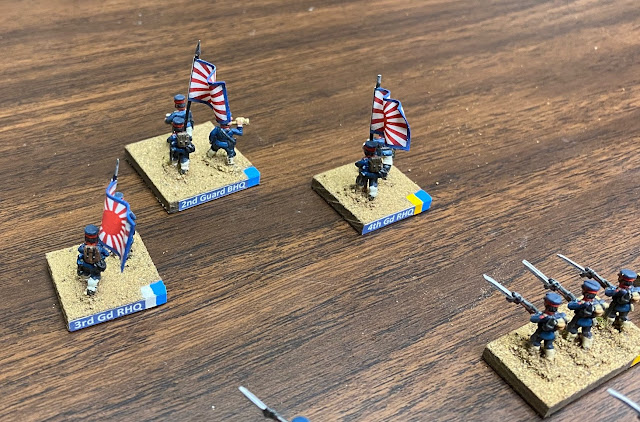 More of the 2nd Brigade, 3rd and 4th Guard regiments 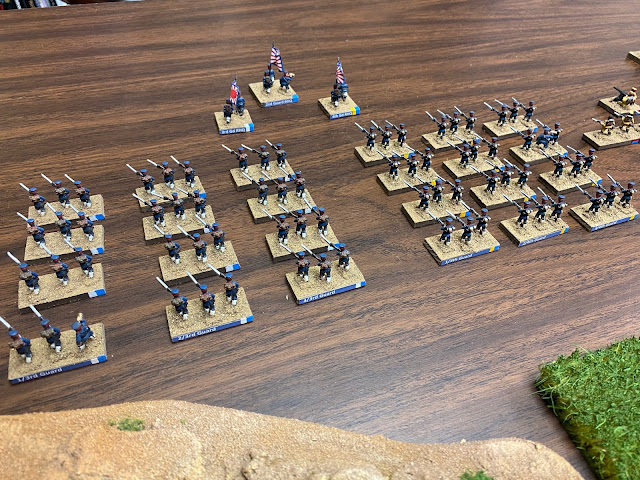 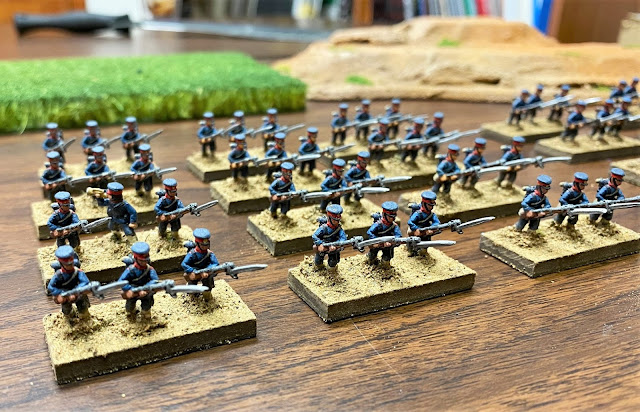 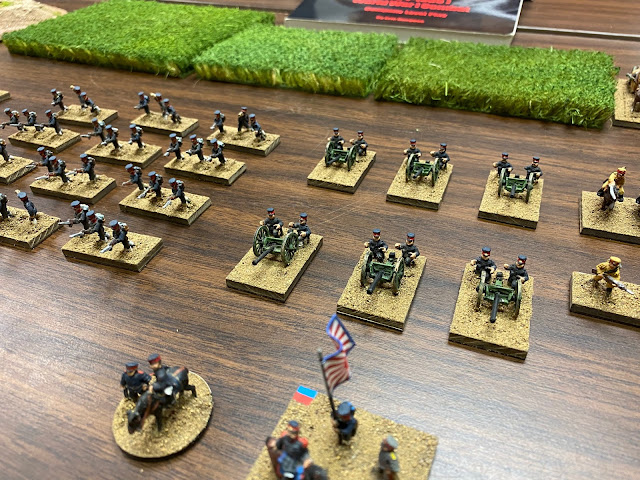 Colonel Kumamoto, commander of the Imperial Guard Artillery Regiment (figure on round base above): 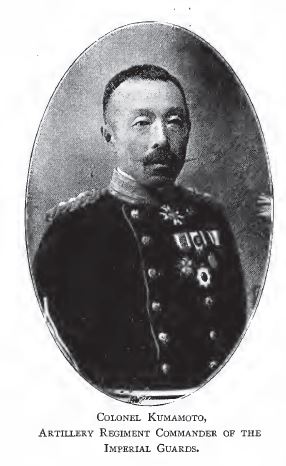 Guard Cavalry Regiment, with dismounted stands. Cavalry regiments attached to the division were small 3 squadron regiments of about 300 men per regiment. I gave this regiment a Hotchkiss MG too. 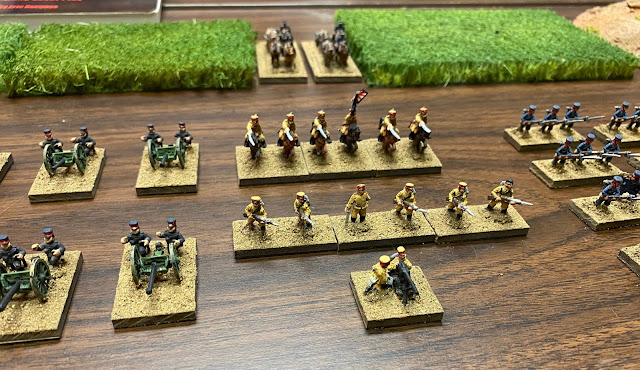 That is my Japanese Imperial Guard Division! So excited to get them on the table!

I’m also doing the R-J War but in 6mm with basesbeing either battalions or regiments (depending on the scale of the battle). Fantastic painting and research. I’m about to start painting my Japanese Guard division so this post is really very helpful- thanks!
Miles

Thank you Miles and this looks like good timing for your project too. Please send a link to your project if you have a blog.

here's a link to my blog and a battle report on Tashihchiao.

A force fit for an Emperor! Lovely!