I have just finished my PaperBoys WSS Dutch army for my Vauban's Wars games. I wanted to create a Dutch, British and French War of the Spanish Succession armies to fight siege games with. I have been enamored with PaperBoys by Peter Dennis for years now, and decided to jump in the assembly process last month. As usual, click on the photos for larger images. 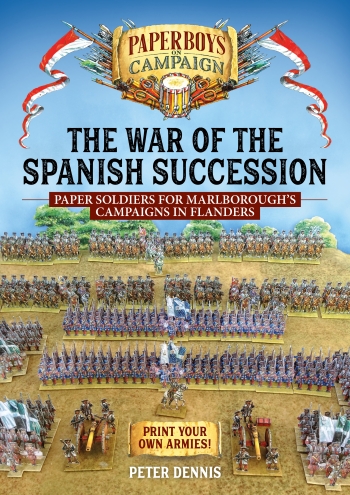 Order PaperBoys PDFs Here and Peter has different collections on his site.

One great advantage of doing Siege games is that you don't need a lot of units, especially for the garrison, and you really only need a single line of figures per base (I like two ranks of figures for my field armies) since they are in trenches or behind fortifications. So I thought what the heck, lets see what I can do with these PaperBoys!

First off the assembly line are the Dutch infantry. Fourteen units! Two Guard, 2 Grenadier, and 8 line units. I'm going to do the French next as that would allow me to fight a siege with them. After that it will be the British on the cutting table.

PaperBoy figures come drawn in 28mm scale, but with a PDF you can scale them as desired. I settled on 62% as that was roughly 16/17mm in size and fits in with my existing 15mm armies. Since I'm doing one rank per stand, each printed sheet will give me two units. Another bonus is I don't need flag stands as they wouldn't have been used in a siege, nor do I need cavalry. I may make some mounted Dragoons at some point, because they come on the dismounted dragoons page in the pdf. 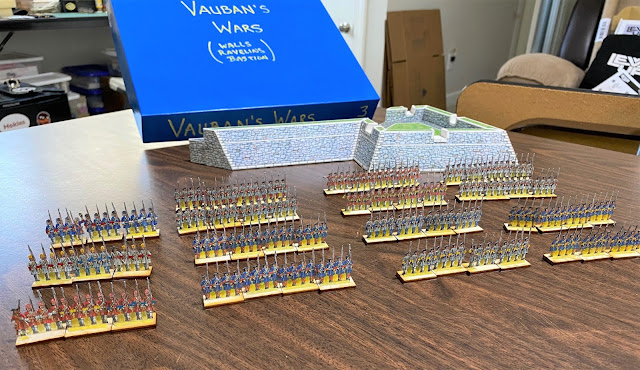 Print at 62% scale, cut out the figures in blocks, score the paper on the fold lines, glue them together, then cut out the with x-acto knife (hardest part), glue them to the bases, then touch up the edges of the paper soldiers with inks and paint. I haven't decided on the base "flock" or just brown paint for trenches. 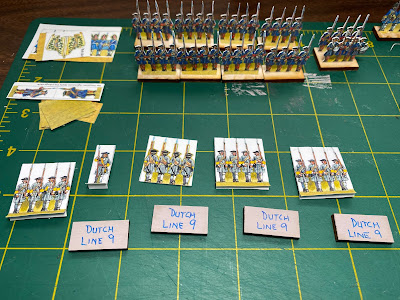 Above you can see the four stands of Dutch with yellow cuffs (painted the cuffs as there were red). One of the stands has no folded base so I use either a single office attached to give them strength or glue them directly with a cannon holding them in place while the glue dries. 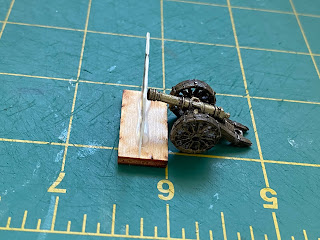 Below are two Dutch\Prussian units that have not had their edges touched up. You can see their white outline. I'm also messing around with command stands (stand on the right) just for the heck of it. I will add flags to that stand later. 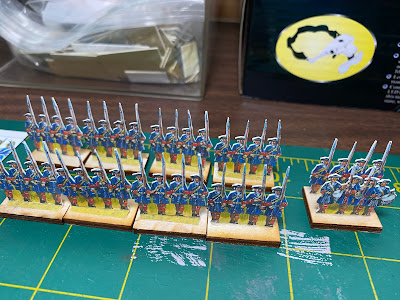 I'm a bit ashamed that I don't even have names for the Dutch units. I found some uniform guides and just picked a bunch of different uniforms for variety. I'm just calling them Line Unit #1, #2, etc. Any help with names would be grateful. :-) So all figures were edged with Faber-Castell Pens and the bayonets were done in silver acrylic paint. I liked how they turned out.

Dutch Grenadiers - some white coats were turned to grey and blue cuff colors for that stand. There are 9 stands in multiple colors. Vauban's Wars has four stand units so I will make two units out of these stands.

Dutch Line Infantry - here I did the most modifications. Two white units (#1 and #2) were unaltered. The other four, had all their white coats turned to grey. Of those four, one had their cuffs painted yellow with acrylic paint. One had their cuffs painted blue and given blue stockings too. The last one was given red stockings to match the cuff color. One of the red coated units had their white cuffs changed to yellow. The two blue coated regulars have no changes.

How do they look in the fortress? Damn good I think! 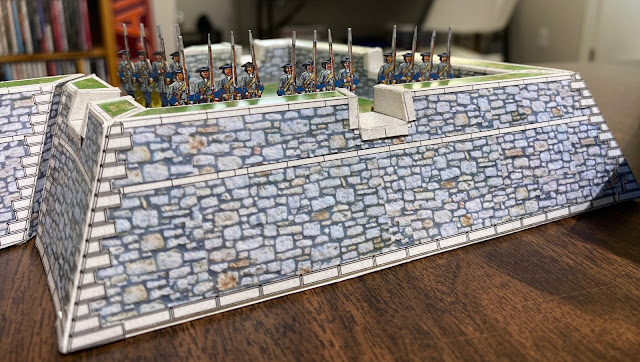 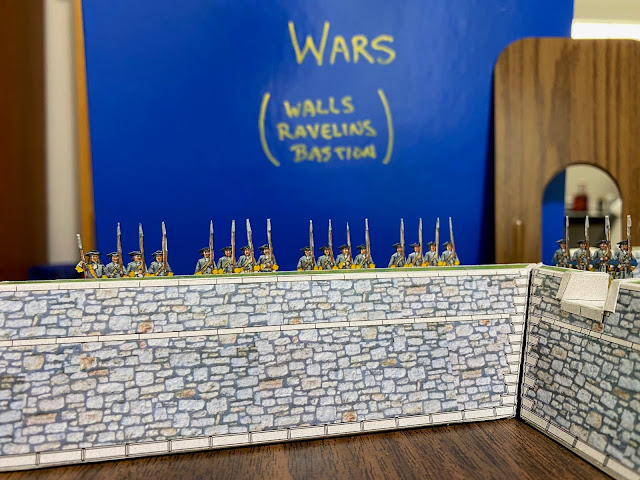 For artillery and sappers I will use my existing miniatures. PaperBoys has sappers, but I don't know exactly where to find them. Anyway, I'll post more as I complete them.

Over the Vauban's Wars FaceBook page you can see a siege in action from Geoff Crick. It is a private group so you will have to join to see the the rest of the photos and discussions. You can pick up the rules in hard copy or PDF at the Piquet site, or On Military Matters, or in the UK at Lancashire games. 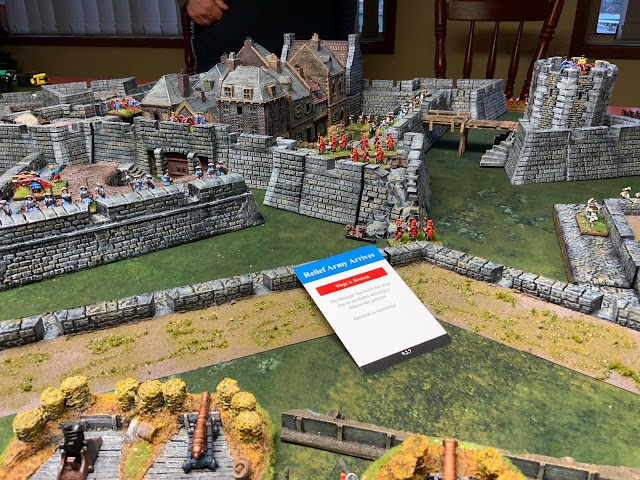 Thank you Ray and Peter! I'm very happy with them so far. Just need to paint the bases something brownish I would think. May Mod-Podge them too.

Quite a fine looking garrison. You could probably find unit names on the 'League of Augsburg site. I am tempted by the look of the era. But I need another project like the proverbial hole in the head. But thanks for the link to the supplier.

Hi Joe, I know what you mean by new projects and holes in the head! Still haven't started my French paperboys, but need to work on that this fall.