After an exciting month of Napoleonic Gaming (post coming in the near future), we have moved onto playing one of my favorite games, Formula De. The first edition.

Brian has decided to purchase custom cars and paint every one of them (must of used magnifying glasses!) to our team colors.

They turned out spectacular. 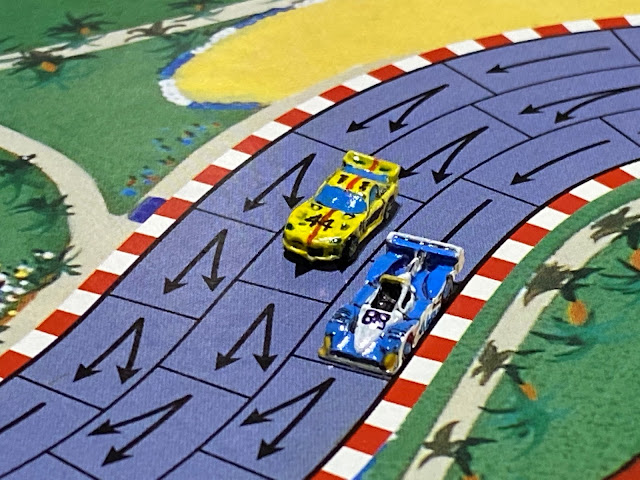 We have seven players, all with different style teams. Some are historical teams, while others are teams around products (DHL), some are national in nature, while mine is TEAM SEINFELD (a race team about nothing). :-)

Here is a description of my race team and sponsors.

"A Race Team about Nothing"

Motto: "The Bus is Out of Control"

Sponsors: Campbell's Soup (Not Soup Nazi approved), Pez Dispensers, Festivus for the Rest of Us.

Nickname: “Lord of the Idiots”

Motto: "Master of my Domain"

Our First Official Race at Sepang

Here is the report, along with some photos, of the game from Brian.

The starting positions of the teams. Team Seinfeld is in position #2. (Orange and white car) 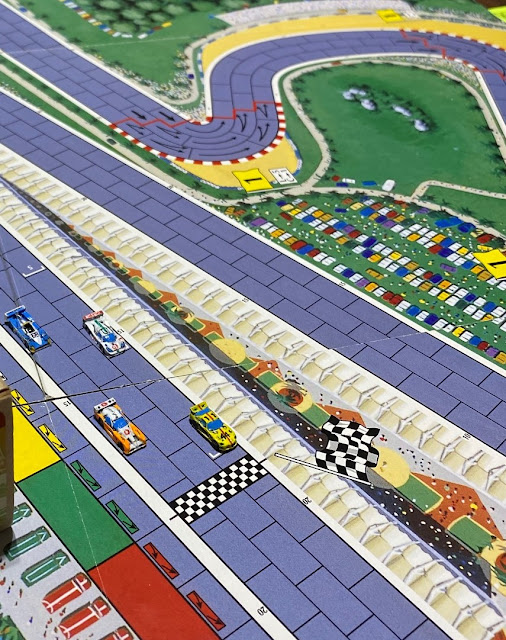 Wednesday, the inaugural race of the Beer Mug League at Sepang was held.  Four Drivers braved the three lap course.  After rolling for positions, the race lineup was:

The track proved to be a challenge for the drivers.  All teams pitted between each of the laps (except Cosmo Kramer who only pitted after the second lap), desperate to get new tires on each of the cars.  Ghost and Harry both spun out coming off the two stop turn before the straight away in front of pit row on lap two.  But quick pits allowed them to stay competitive in the race.  It was not Phil’s night, though, as he rolled several times that left him just short of entering a turn. 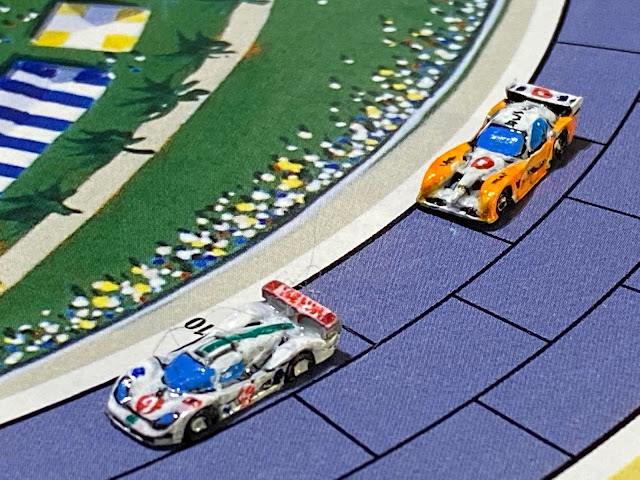 Cosmo displayed a deft touch as he overtook Harry for the lead, which he kept to the checkered flag.  Congrats to Cosmo and the Team about Nothing for the initial win in the Beer Mug League. 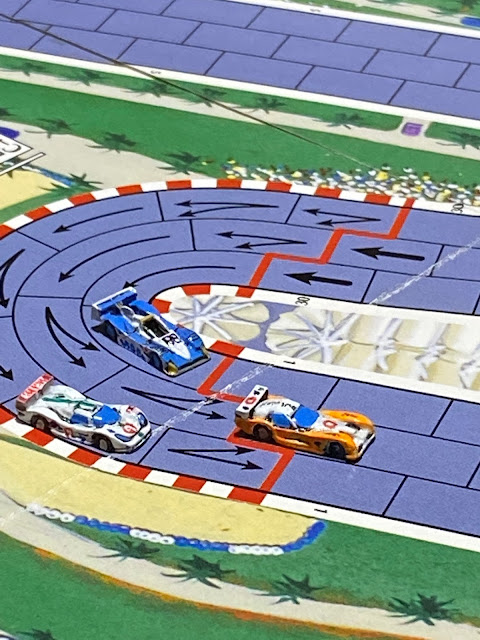 The teams will move to Spa, Belgium for the next race.  Good Racing and Good Luck!

Team Standings after the first race:

Due to the unfortunate first race for Team Jordan, the following changes have been made:

Fangio Gardocci has been sent back to Sienna to teach bumper car skills to 5-year-olds.  The new driver, Vladimir "Chernobog" Zhukov, will start at Spa.

The engineering team has been sacked, and new engineers are en route.

The graphic designer, who painted "44" on the car rather than the correct "42" has been sternly reprimanded.

Here is a photo of my car template before pitting after the second lap. Almost didn't make it Pit Row! No tires, fuel, or brakes left!!! 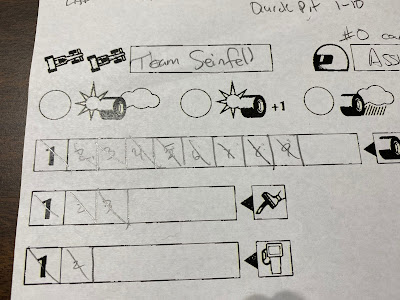 We had a great time! Next race is tomorrow. 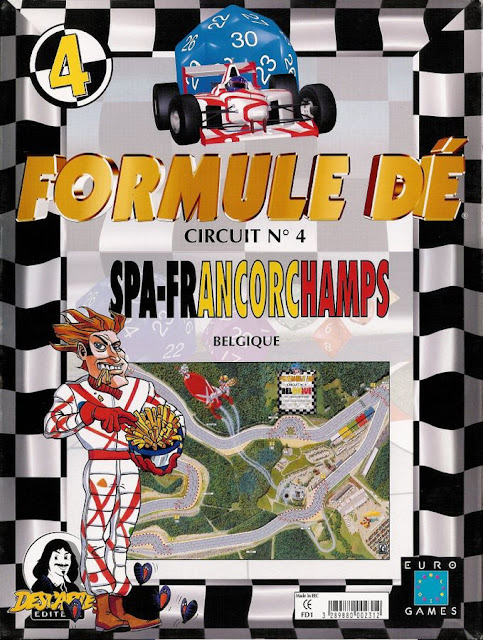