Here are some shots of the terrain for tomorrow night's first playtest of the game.

I expect some bumps in the road with regards to the scenario, but I love the layout! I will likely do some more sculpting of the hill to get it to my liking, but you really get a sense of how big an obsticle this terrain was to the French. Forts are still unfinished, but we have to start playtesting.

Table is roughly 8' x 5'. This is really a small battle by European standards. 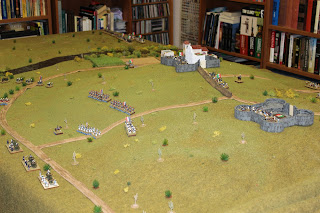 Zouaves leading the assault! Yes, the Foreign Legion didn't fight in this battle, they are being used as substitutes for French Marines. 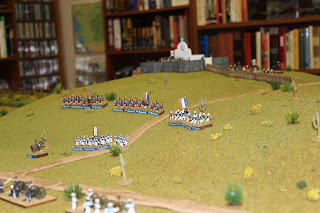 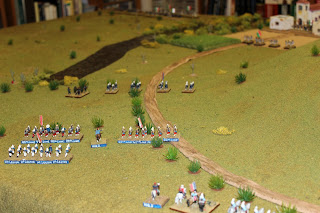 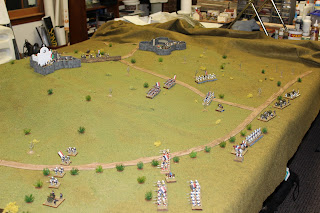 The neighborhood of Xonaca where the French and Republicans fought fiercely around the brick factory! 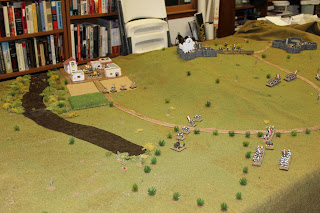 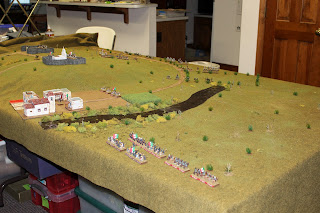 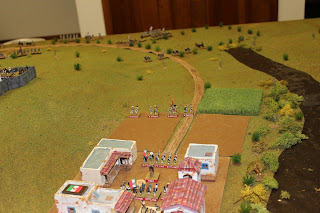 Here you can see the earthworks that Republicans created before the battle. 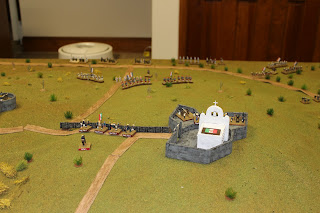 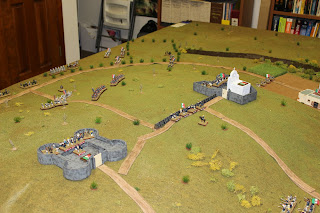 There is another Republican command off board which the Mexican player will have to commit, but they must chose between the fortresses or Xonaca neighborhood. 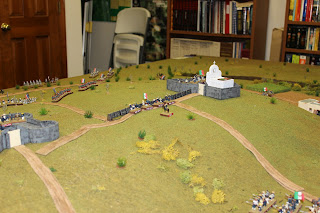