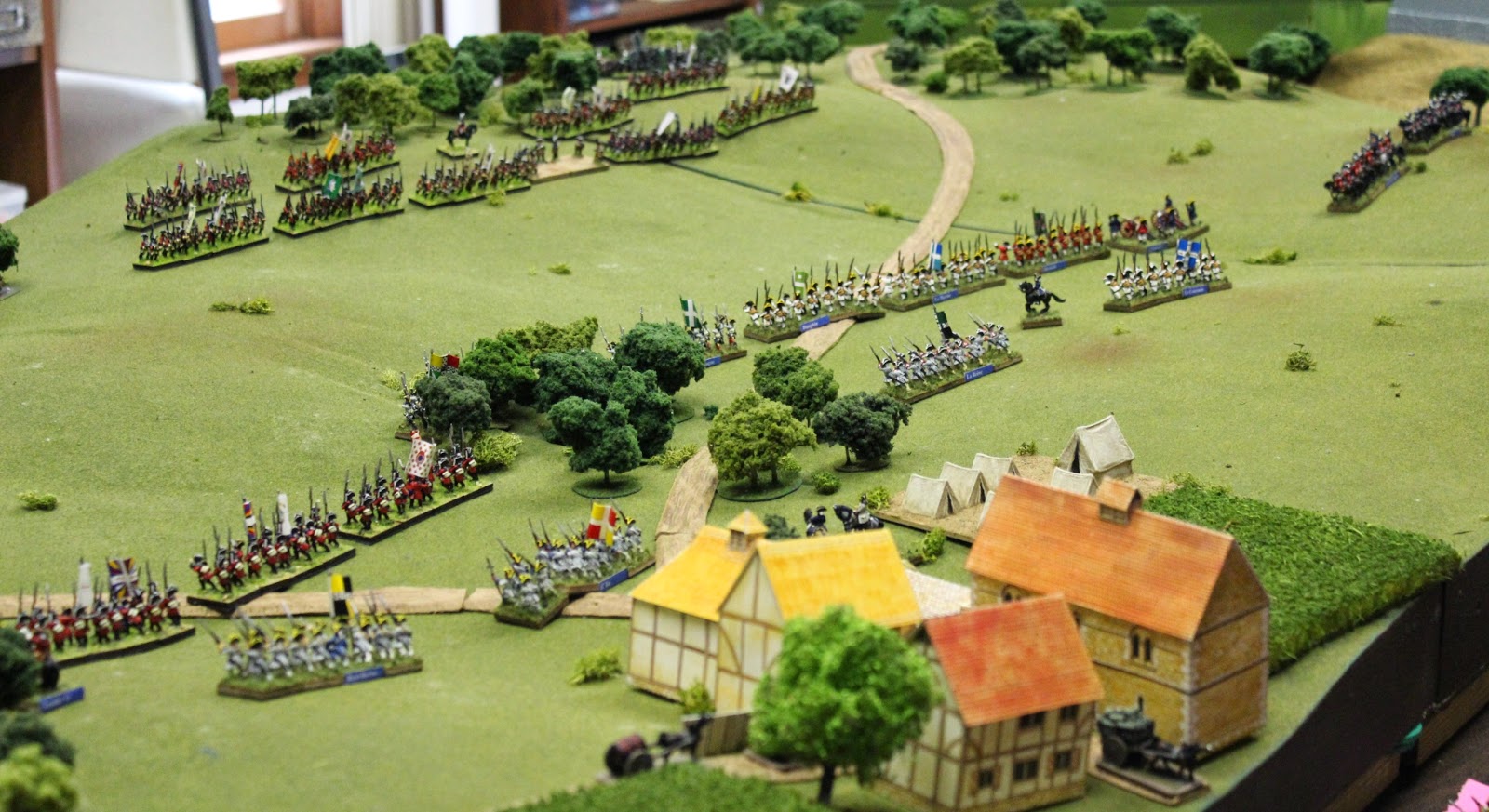 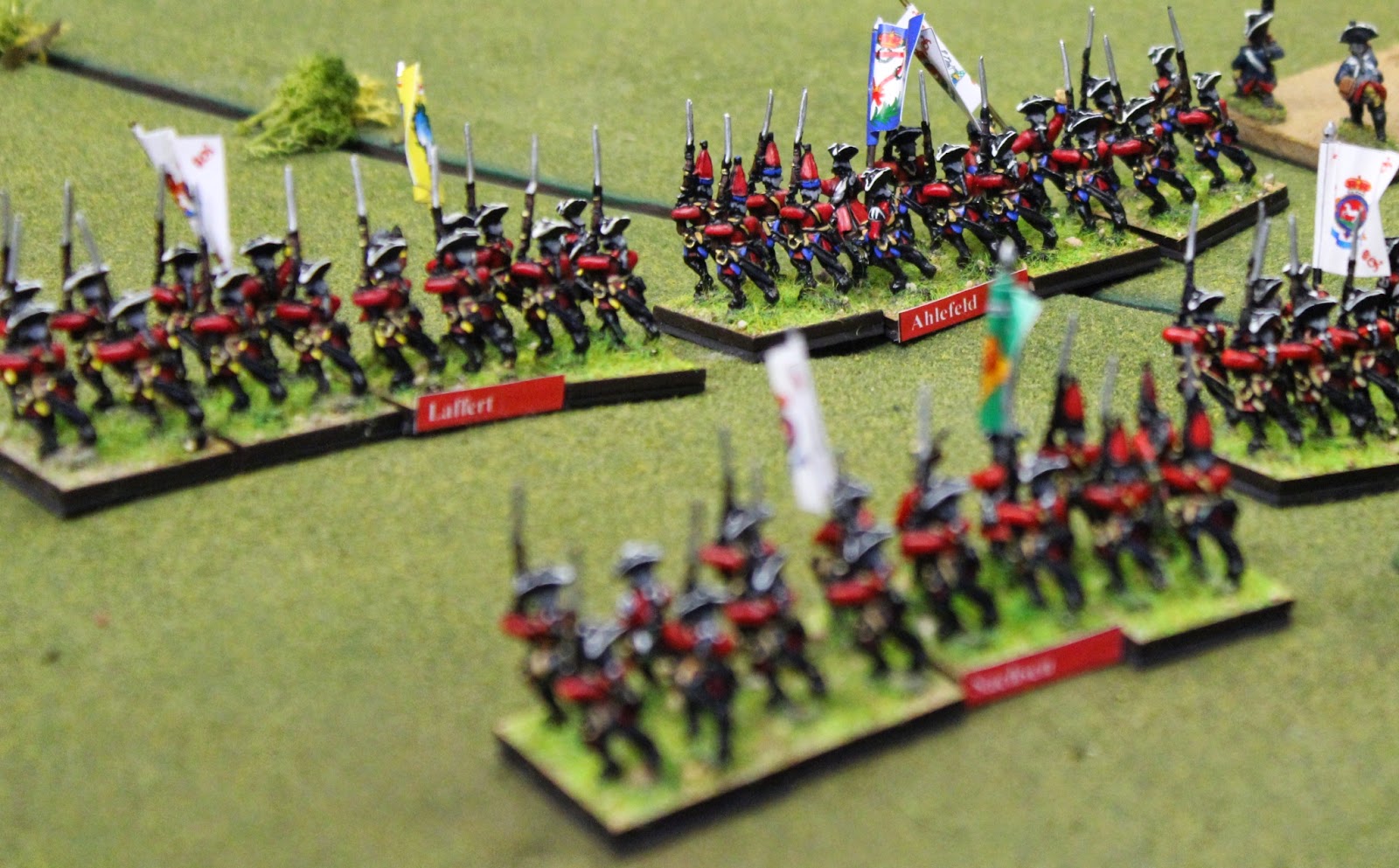 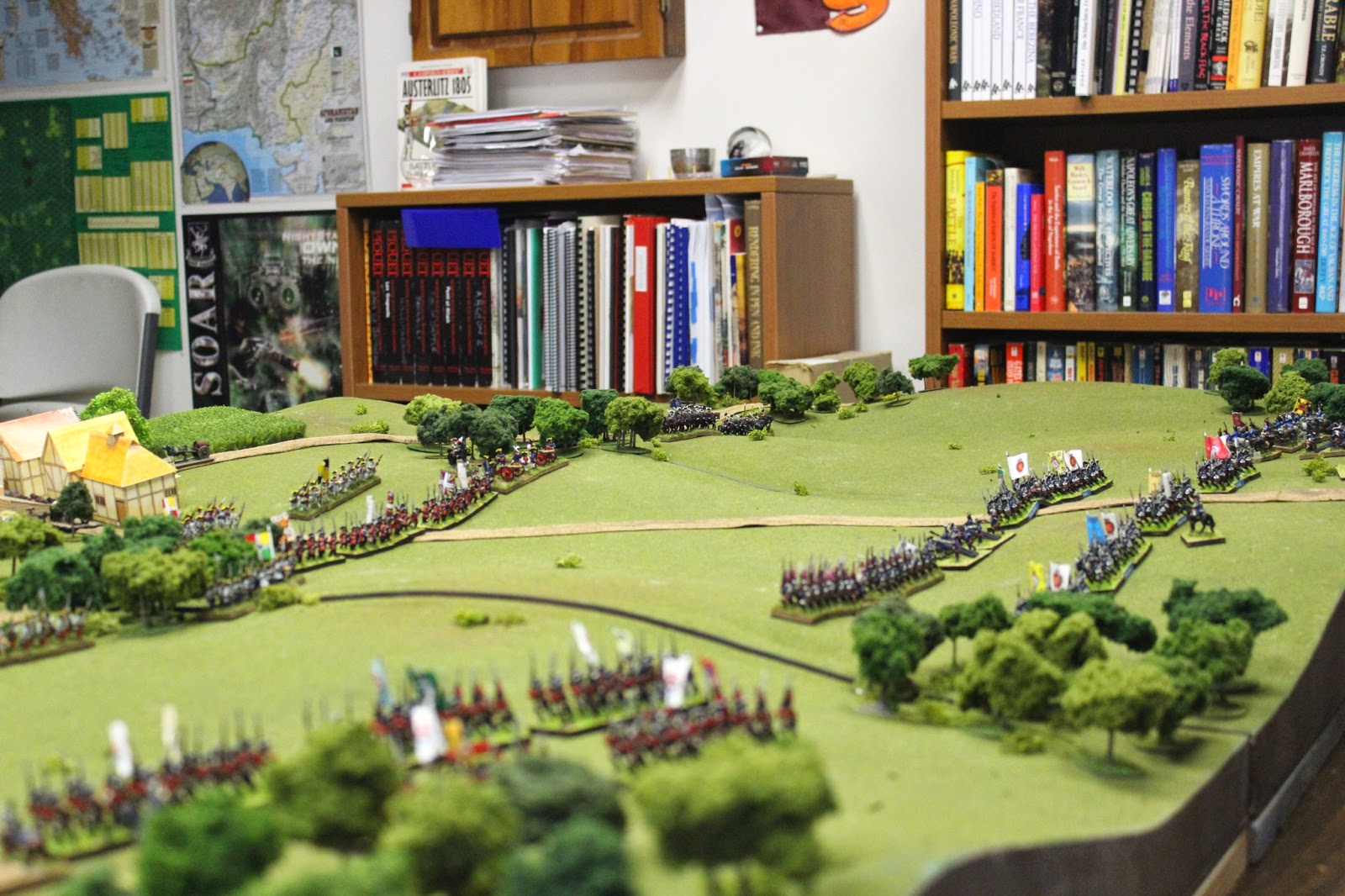 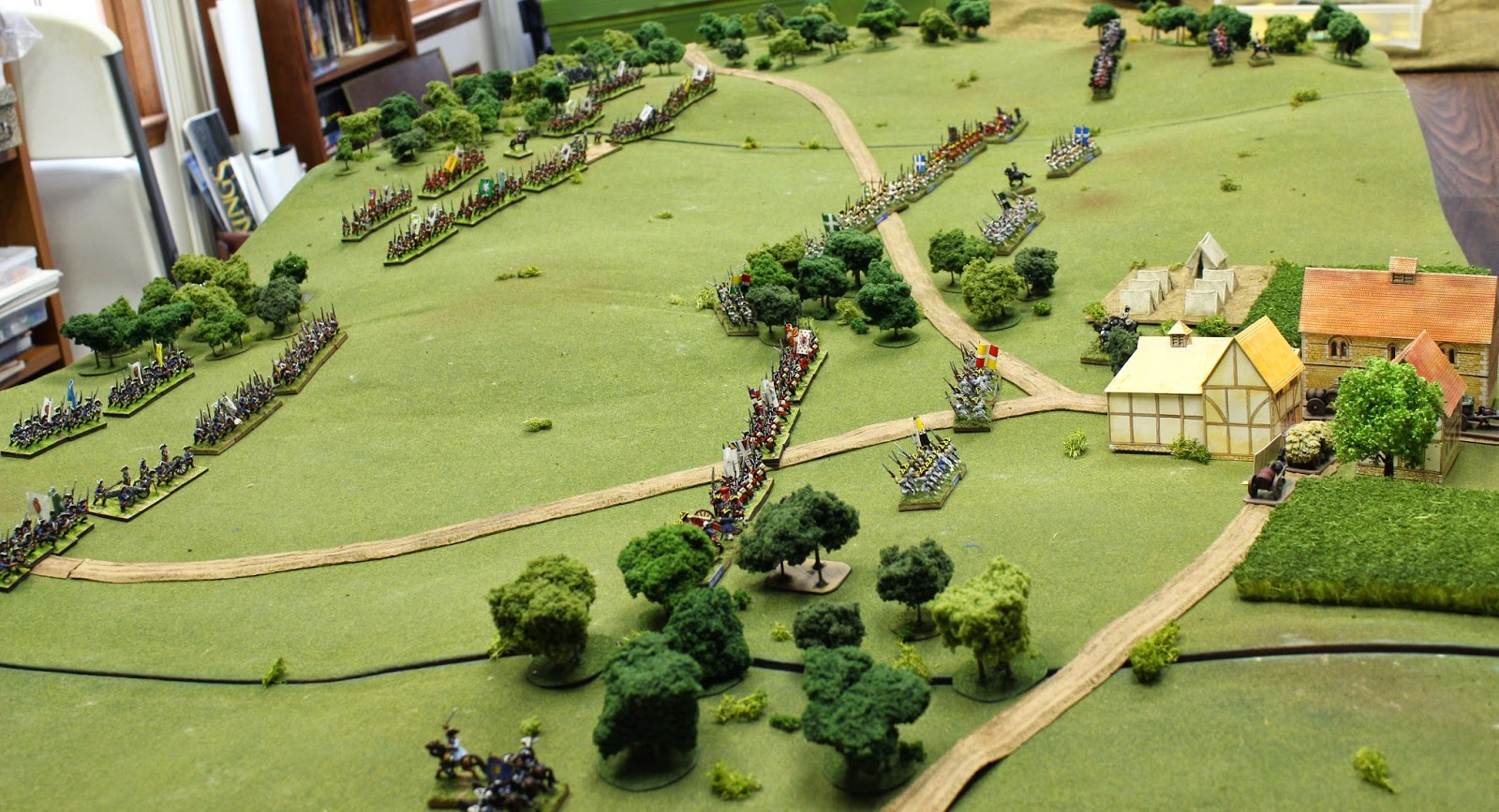 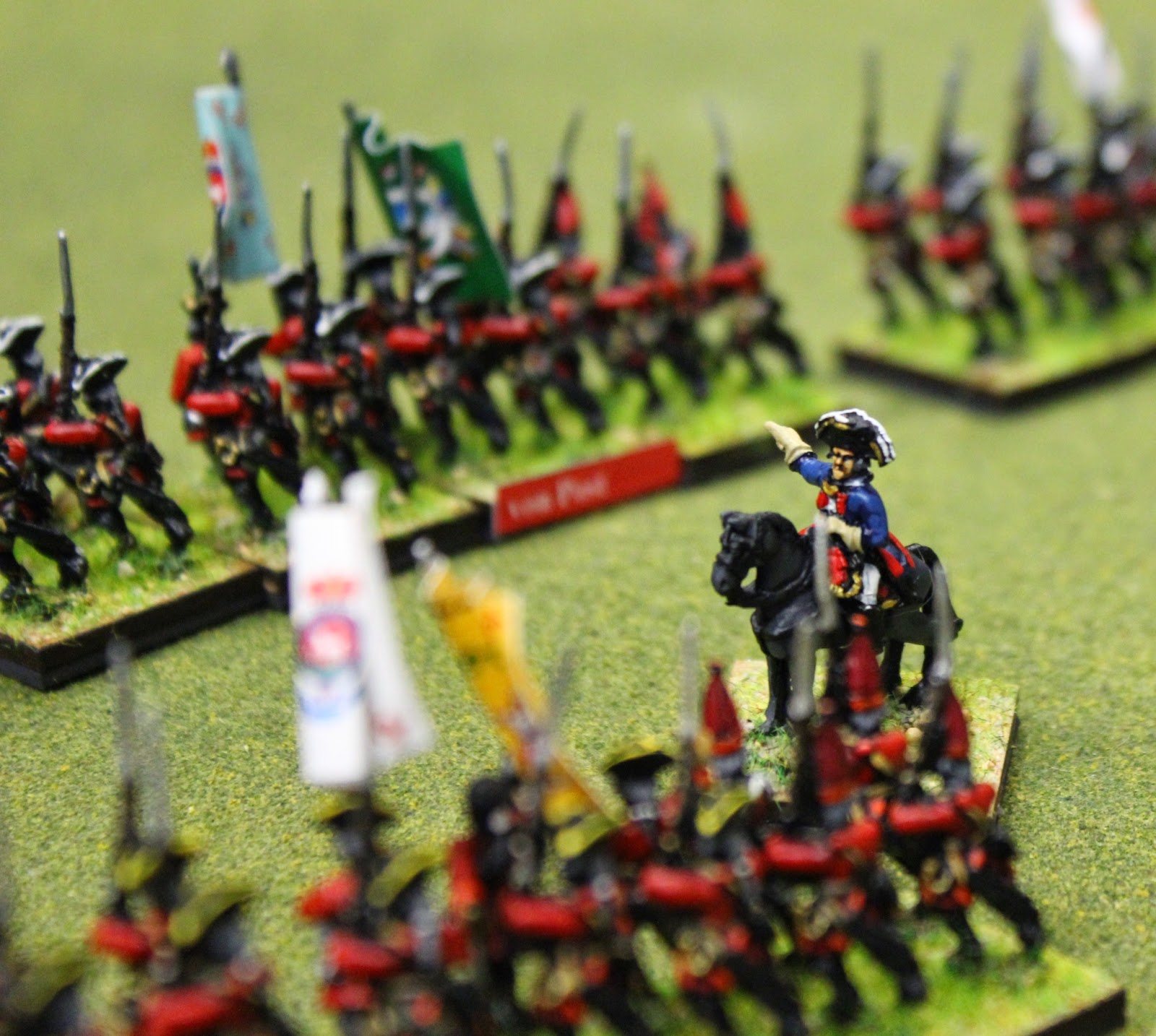 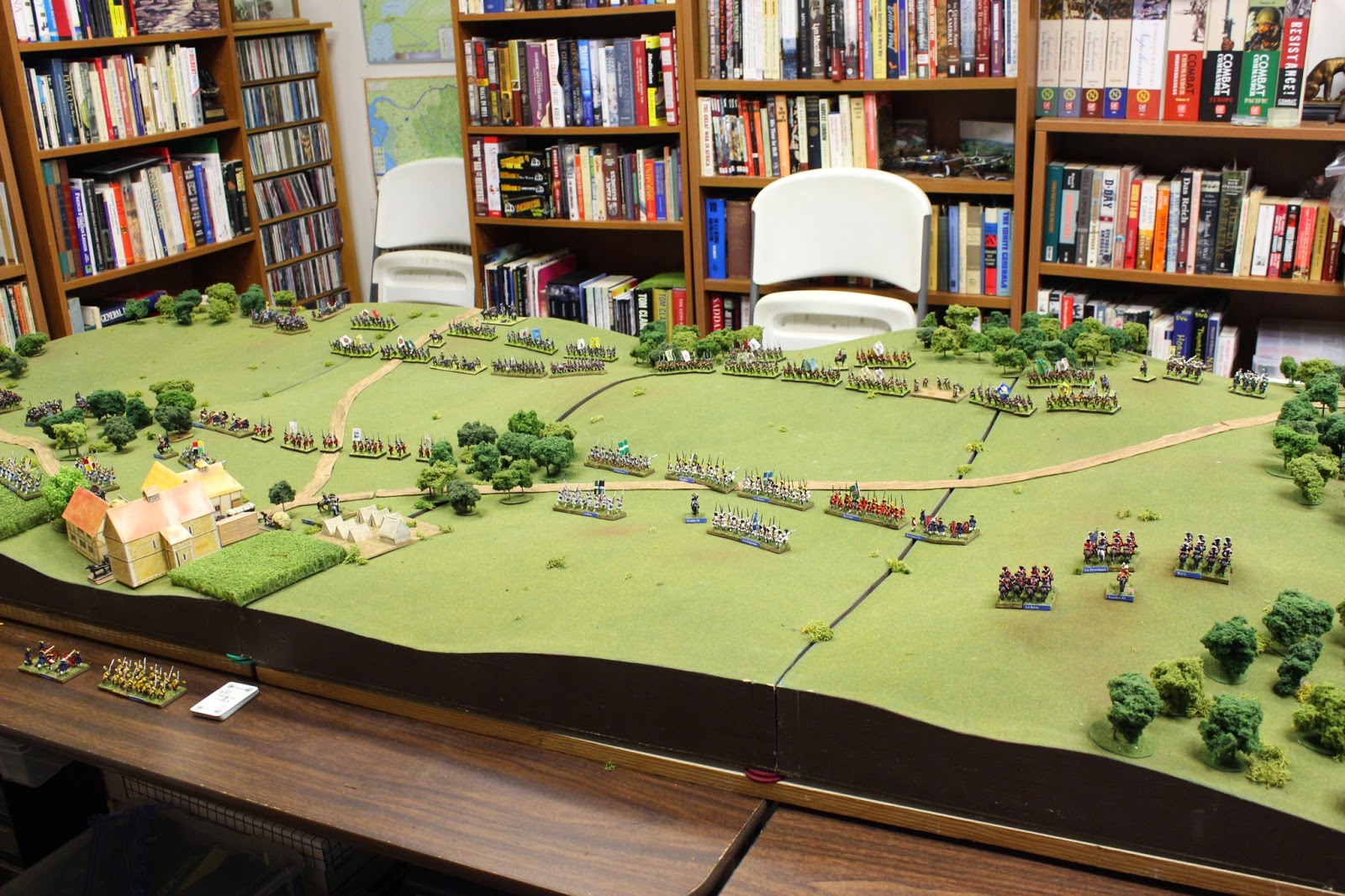 Great looking table. I like the way the thickness of the terrain boards shields the (?fold out) mini desks used for cards, rosters, dice, drinks etc from view.

You have a very nice set up and the game looks good.

How do you find Cartouche 2 ?

Mark, I found Cartouche 2 quite nice. Love some of the optional rules too.

Found some editing issues, but other than that, loads of fun.

I have to say this looks fantastic. Some of the photographs are very atmospheric and it looks like all had a great time.

The figures look really nice and I like the thick bases with the unit names in colour.

I am really impressed.

Robert, thrilled you like the terrain, figures, and game. We had a great time on Wednesday and should finish the battle next week.