This is another installment in a series of blog posts discussing parts of Vauban's Wars rules I have released.
Rules Book, PDF, and Custom Casino Cards are now available!!

In Vauban's Wars there is a game of intrigue going on under the covers. Each player will be able to do espionage versus the enemy. This allows players, with some risk associated with it, to gather intelligence about their opponent's situation.

The chance for espionage happens when a player turns their own Espionage Card. One spy of unknown quality is given to each side for free, and additional spies may be "purchased" during the game should your original spy make the ultimate sacrifice. The quality of the spy is not known until they are sent on their mission, and the mission can't be cancelled just because your spy may not be of the best quality.

Spy quality is from "scoundrel" to "master" and is represented by a die type. The higher the die type the better the spy. For instance, the scoundrel is a D4, while the master is a D12. 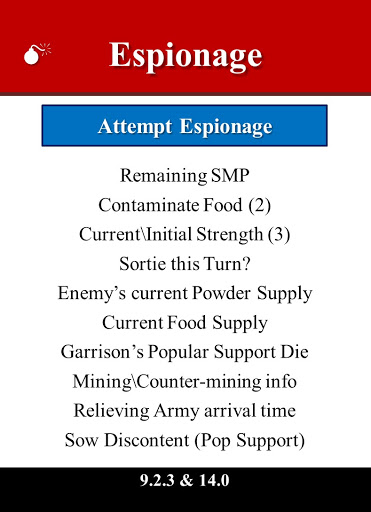 Here are some of the items that a spy is capable of doing during their espionage attempt and a few are restricted to garrison or besieger only:

Success Hangs on a Knife's Edge

The Spy's quality die is rolled versus the enemy's Security Die (normally a D8). I will discuss the Security Die in the next section.

If the spy wins the roll his\her espionage is successful and the other player must reveal the information they want or the action they are seeking to do. If the spy doesn't beat the Security Die the results could be they escape and live to spy again, become captured and executed, or they can be tortured or swayed with promises of fortune to give up information about their previous benefactor. :-)

Below: Polish army manning the walls of Praga in 1794. 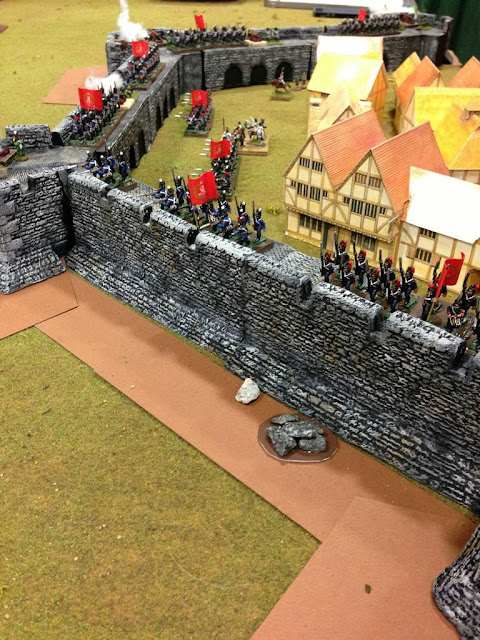 Security (and the Security Die that represents them) is how I have abstracted several situations in Vauban's Wars that would need localized forces without representing them as units on the table. Security in the town is considered to be both the garrison's infantry on patrol and local constables keeping the peace around town, the counter-espionage team to catch potential spies, and for trench raids they are local guards protecting sappers and artillery units. The Siege Die is used in three places in the rules:

The Security Die is normally a D8, but could be adjust up or down one die type per scenario if required. Another option is to adjust the Security Die for just one of the three options above and leaving D8 for others.

Below Austrian Grenadiers on a Trench raid. These sappers would be protected by the Security Die, which can be further modified in the sappers favor, but  additional infantry units nearby. 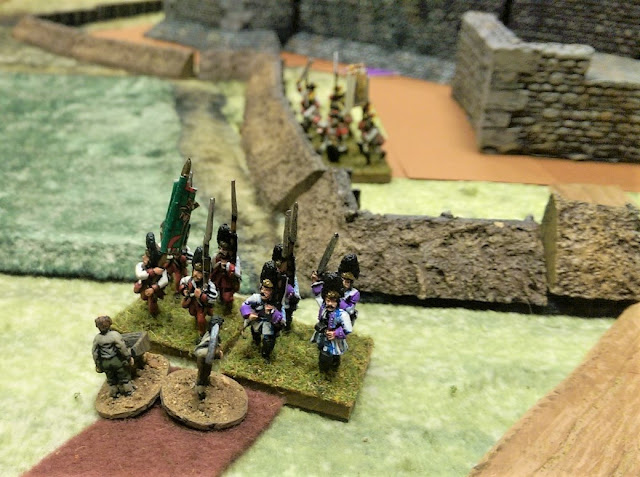 Well, I hope you enjoyed this installment for Vauban's Wars!

Another tempting detail. Rules ordered and fort in production stage so looking forward to this. Regards Alan

Thanks Alan! Fort in production is great! What scale are you using? I have a couple more teaser posts.

Eric. We (my covid isolated friend in Sydney and I) will be using 15mm (the Laser Dreams files) and Nine Years War figures. BTW do you know of any 3D print files for fieldworks/ gabioned trenches? We are going to try to play by video link until face to face gaming starts back up.

Hi Alan, I currently don't know any 3D print files for fieldworks or gabioned trenches. Acheson makes some of those in resin, but they are USA, so the shipping may be hefty. worth a look though.