This is a game we played YEARS ago, but has lots of fun eye candy. I think this was around 2003 when we played. Brent Oman was visiting from Colorado and I wanted to break out my Jungle terrain.

Some of the photos have been labeled and others have not. Still lots of good stuff to look at. I have about 5 more scenarios worth of photos, but thought I would start at the beginning. 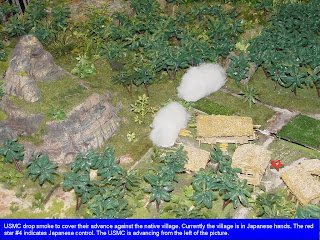 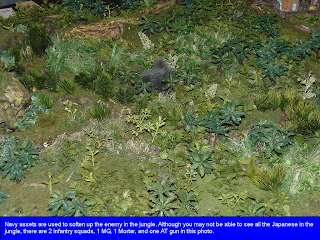 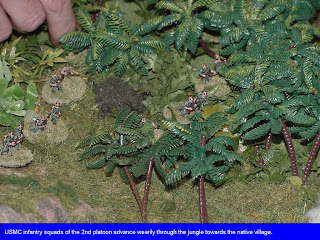 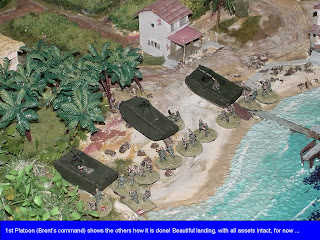 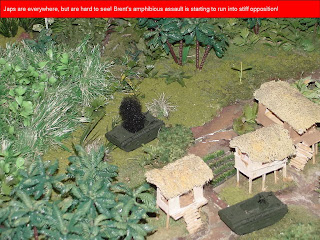 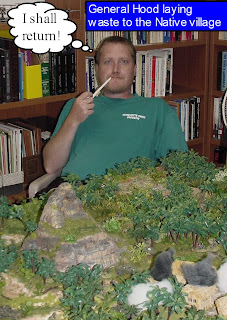 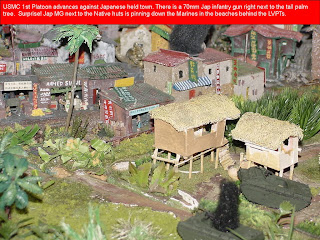 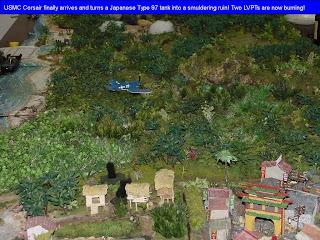 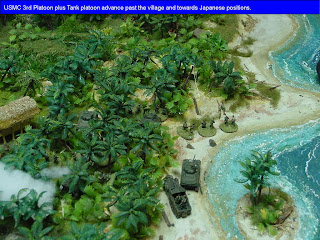 Here you can see what the USMC is up against. Jap bunker, just in front of the reload marker at teh top of the photo opens up on the Marines. 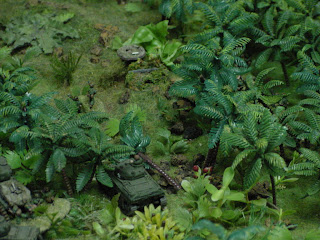 Damn that is thick Jungle! 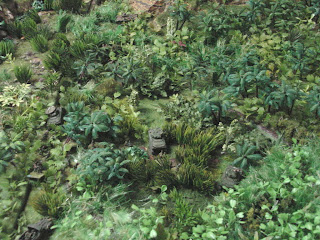 This time the Marines let the tanks go first only to be hit by another Jap bunker (just above and ot the right of the infantry)! 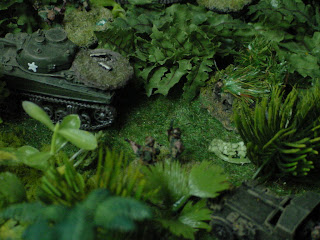 Jap MG was unspotted and attacks the marines at less than 20 yards. 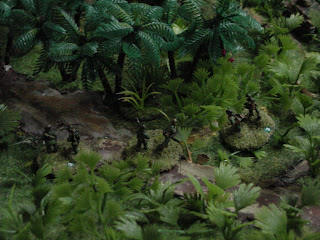 Time to hit the ridge with Naval artillery! 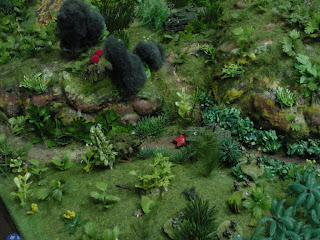 USMC wins the game, but it was bloody costly and full of great tension!
Posted by Eric Burgess at 5:49 PM

That is an impressive set up!

As usual Eric your stuff looks great!!! One of these days I will have to get myself to neck of the woods to game.

USMC by a late inning knockdown. Japanese still standing at end. Jungle (referee) going away win by a palm tree.

What was the MPOJ (Miniature Prisoner of Jungle) count?

Still looking for the evassive Jap 70mm gun. Under the tall palm right?

Great terrain and tabletop. Had the warm, sweating feel of jungle warfare. Just need to add in the "jungle rotting smell".

Thanks for the comments! 70mm gun just to the right of the palm tree, directly under the red sign.

The best part about the game is I don't use hidden setup. All figures and bunkers are on the table (except those in houses). So, half the fun is watching the USMC jaws dropping when the walk right over a Jap bunker!

Usually the gamer's bring their own "jungle rotting smell". :-)