Finally finished basing, flocking and labelling the Eldar force that will be fighting my Space Marines tonight.

Each stand is a company, so this is a very large battle with nearly 30 companies of Eldar troops

Overall photo isn't the best, but the closer ones turned out ok. The playtest was kept infantry heavy the first time around, to keep things simple. 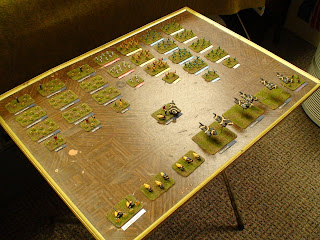 Better view of the army. Falcon Grav Tanks mounted on brass wire. Jetbike companies at the bottome right, and Army commander in the center. 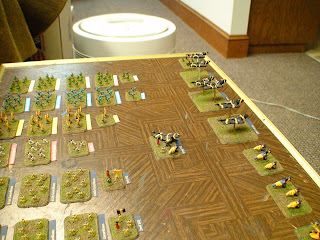 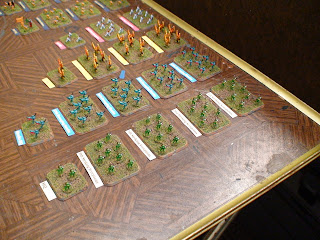 Nice shot of the Falcon Grav tanks. The row  that has the Jet bikes, Grav Tanks, and the Dark Reaper warhost will be assigned to one of the seven other command groups, player's choice. 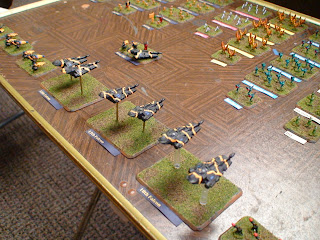 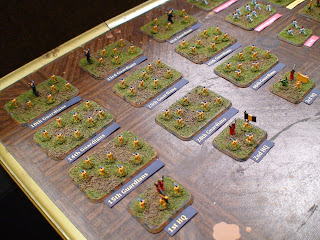 I'll be  sure to take lots of photos tonight.
Eric
Posted by Eric Burgess at 8:03 AM