Here are some photos of the game I plan on playing Wednesday night. Brian and Mike will be helping me out with this first playtest of Field of Battle: Epic.

This is my attempt to put my Epic Space Marines back out on the gaming table after 15 years! I just don't care for the Epic rules and wanted to use some of my favorite rules (Piquet & Field of Battle) to see how they could work in a Sci-Fi game.

Terrain
The photos show the layout of the terrain, with several large city blocks that the Ultramarines must hold on to. I don't have much in the way of "Alien" or usual terrain, but that will change if this effort works out.

City has just been based, and I haven't had time to detail it yet. Still looks ok. 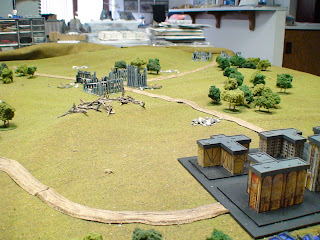 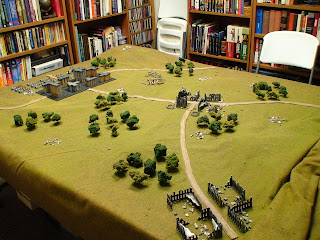 Order of Battle
For Space Marines I'm going to use the word "cohort" instead of company, and for Eldar I'm going to use "Warhost" rather than company. Just because I like it. :-) Some of my HQ stands have not been flocked or labeled. 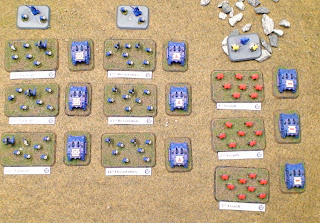 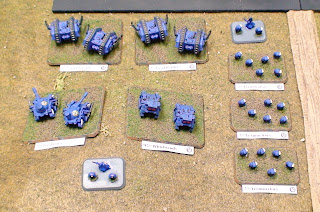 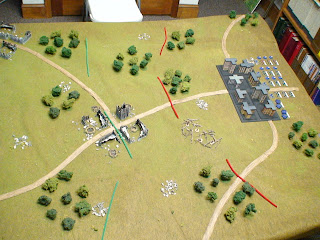 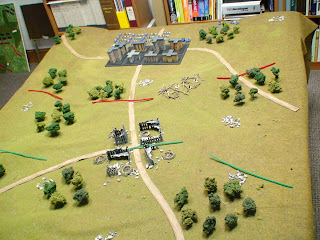 Really looking forward to this game!
Eric
Posted by Eric Burgess at 5:05 PM