Meanwhile, the allies have been using the Si-Lian Lutheran Mission as a aid station to house the wounded and sick from the campaign. 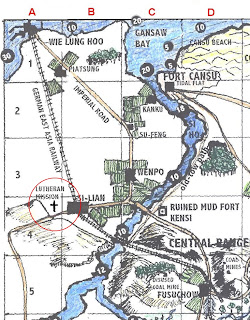 Only a token guard was left to defend them, a company of Tonkinese Riflemen, a reduced strength German company from the battle of Kensi Mud Fort, a company of US infantry, a half company of civilian volunteers and local Chinese conscripts. 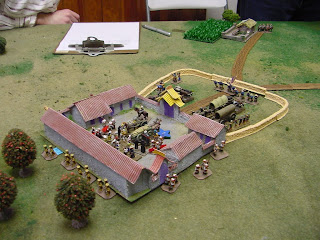 A massive amount of Red Banner and Yellow Banner Boxers have approached along the road from the southwest. They outnumbered the defenders at least 3 to 1. 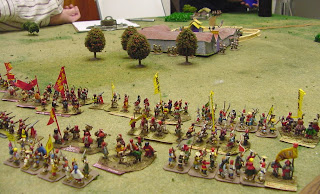 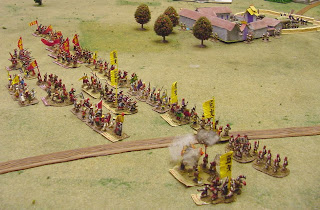 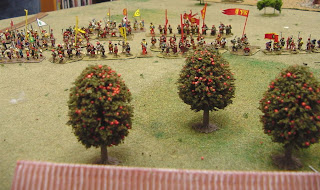 Boxers storm ahead through the apple orchard. 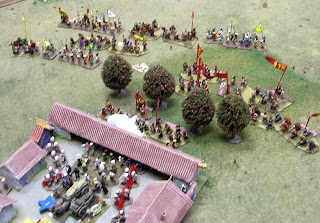 The Tonkinese take the brunt of the assault, and the Boxers begin to flow around the Mission. 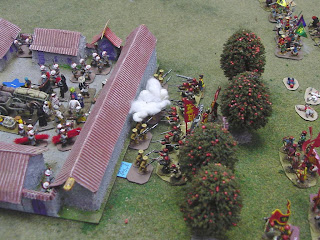 One boxer horde is shot to peices by some Germans firing from inside the Mission. 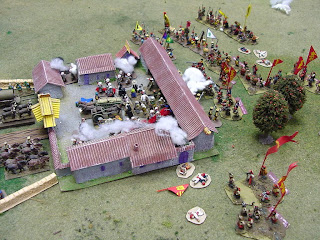 In a bold (crazy) move, the US company leaves the cover of the Mission and moves around in skirmish formation to try to drive as may boxers away as they can. 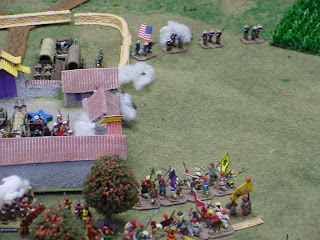 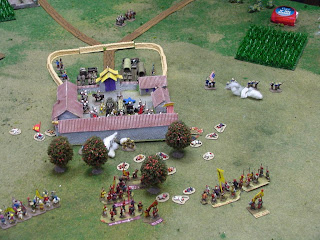 The aftermath, showing all the stands lost by the Boxers. Each casualty figure is one stand. The Yellow and Red Banners have been routed from the field. 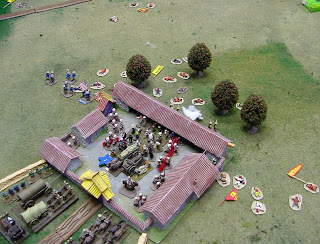 The apple orchard is a wasteland of butchered boxers. The wounded and supplies are safe, with little damage to the garrison. A great victory for the Foreign Devils!!!
Posted by Eric Burgess at 5:41 PM