The Germans sent this top secret communique not to be shared with any allied player. Five fast couriers are to proceed to the Lutheran Mission under flags of truce. They carry an order that reads thus:

I am aware that you have beseiged the Lutheran Mission near Mia Tuchin. An allied coalition force is prepared to attack and relieve the mission at once. We can assure you that our intentions are simply to spare the lives of those men, women and children that we are responsible for protecting. I beseech you to peacefully release these persons into our care at the earliest possible moment. We have been very impressed with your bravery and understand that you are men of honor. We asked that you comply with this appeal out of honor. In no way do we think you to be cowards. We understand that you are prepared to defend to the last, as we have seen evidence of your bravery on many bloody fields before. The resultant clash of arms will result in a great effusion of blood. If you allow us to gain custody of the missionaries, we give you our word that we will march north and out of this territory and will leave you in peace. I send a young German captain fluent in Chinese that will interpret and bring me your reply. If you answer in the affirmative, then we will work out a specific time to allow the missionaries to march out under a flag of truce. At this time, we will immediately march out of this area.

The appeal went unanswered and the you German captain never returned.

The Internationalist (Germans, Americans, Italians) have cut their ties with the railway and have launched an assault on the 2nd Chinese Imperial Army that has been shadowing their force from the south for over a day. The Chinese Western Trained army is also shadowing the force, but it is to the west and is dug in. The Internationalists are counting on their superior firepower and surprise to destroy the 2nd Imperial Army before they can unite with the Western Trained army.

The 2nd Imperial Army is deployed in Feng Go forest and will try to use the large woods to protect them from the Foreign Devil's artillery and rifle fire. Who's will will break today? Will the Western Trained Army abandon their trenches to help the 2nd Imperial Army? Even if they did would the arrive in time? 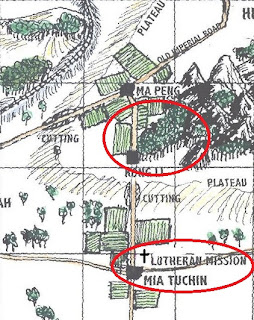 The battle was excellent and tense throughout, with USMC and one German unit taking heavy casualties, but pushing on and routing the less sturdy Chinese. Chinese 2nd Imperial Army had hidden deployment due to their positions in the Feng Go Forest. I'm sorry I didn't take more interactive photos. 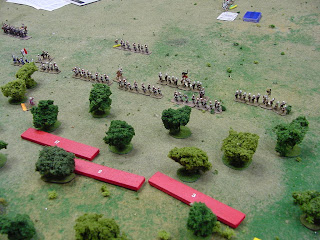 USMC knocking out the first of the Chinese battalions! 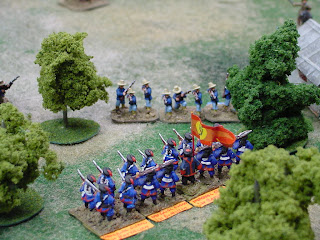 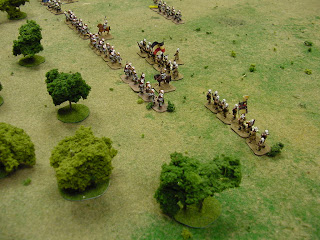 General advance into the woods. 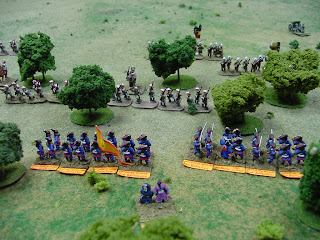 Chinese Western trained army arrives, but once again German and their mausers put them to flight. 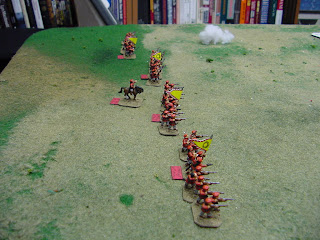 US Marines (light blue pants), fight through the woods. 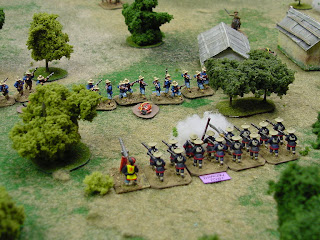 Italians get shot at point blank range by Chinese guns. (Will the Italians ever get a break in this campaign?) 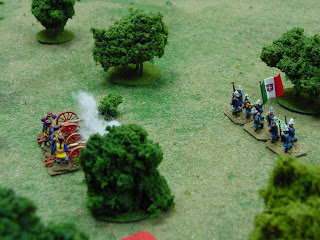 Germans advancing into the woods to clear out the Imperial Chinese. 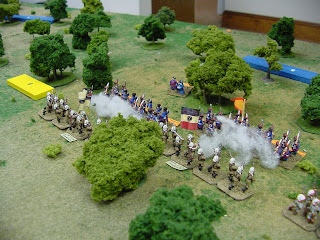 The veteran German Seebatallions are taking the fight directly to the Chinese. 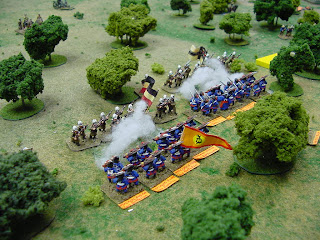 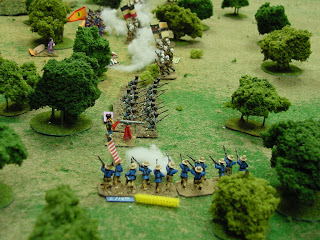 With the smashing success of the International Forces at the BATTLE OF FENG GO FOREST the allies hastily pushed on to the LUTHERAN MISSION at MIA TUCHEN. The Boxers were no where to be found, but their handy-work was evident. The Lutheran Mission was burnt to the ground and the missionaries were slaughtered. Priests, nuns, Chinese Christians were all killed in horrible ways. The massacre appears to have been carried out a day or two before hand. The Germans, Italians, and Americans buried the dead and turned north to their journey home.

This ended the campaign as all effective Imperial Chinese and Boxer forces in the region had been defeated. The International armies made their way without incident back to the port of WIE LUNG HOO, where they evacuated the remaining Western civilians, Chinese Christians, sick, and wounded.

It was an extremely successful campaign, but many battles were in doubt right until the end. I think some of the International Commanders were thrilled just to be marching out of China, rather than coming out in a dead cart!

The final tally for the campaign VPs were as follows:

As the winner, Eric Cottrell, received a copy of Columbia Game's Rommel in the Desert, and every player received a reproduction Boxer Rebellion medal from the US Marine Corp! 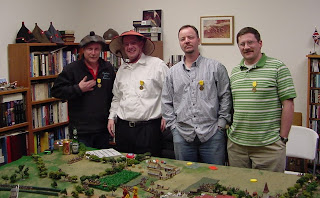 From General "Mad Dog" Hood:
"I'll be setting up a "coffee" house in Hong Kong, writing my memoirs of the campaign. It'll be presented to Congress and read into the record."

As an umpire for a campaign, this was one of the most rewarding campaigns I have ever run. Players were active, they remained in character, they contributed to the drama, and we were able to successfully finish the campaign! A rare accomplishment in the wargaming world!

That was a fantastic campaign and I enjoyed following it immensely.! We just need Artizan and/or Coppelstone to do the range in 28mm.

Thank you! It has been fun sharing this with others! Makes me want to do another one!

Waited till it was finished to comment. I second Axebreaker's opinion! Enjoyed following this campaign immensely and bookmarked your blog so I may further enjoy any additional campaigns/games that get posted. Thank you and please, extend this to your players! Exceptional!

Those are very kind words! Thank you!

I have an exceptional group of friends.

Fantastic stuff Eric!
Like everyone else I've been following this with bated breath. Great to see the competitive/cooperative aspect of the international effort paying off.
Hope we see more along these lines

My Plains War campaign was played with two sets of competitive players.

I even had remote players involved and it worked out very well too.

Maybe, when I get in the mode to run a campaign again I'm going to ask for global volunteers!