We fought a Plains War 15mm Campaign as part of playtesting for Din of Battle 2nd Edition colonial rules for Piquet.

This post shows one of the first battles of the campaign (early terrain testing) and had 3 companies of cavalry trying to sneak passed 4 Indian warbands to get back to their own forces. These 3 companies had been scouting in force when they were cut off and now had to fight their way out of trouble.


First photo shows the deployment areas. The Indians were able to massacre the entire column catching them flat footed and confused. This was one of the worst defeats of the campaign for the cavalry.
The game taught me some lessons that allowed me to make Din of Battle 2nd Edition a better set of rules.
Hopefully you can start to get an idea of how I'm modelling my Plains War terrain. Next post will have some different techniques for terrain making. 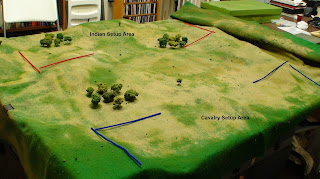 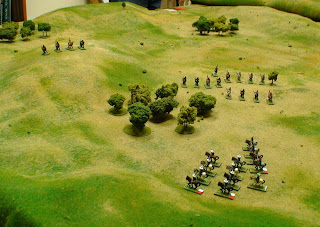 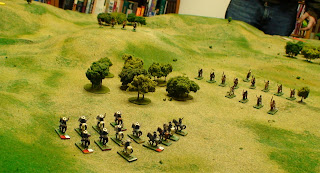 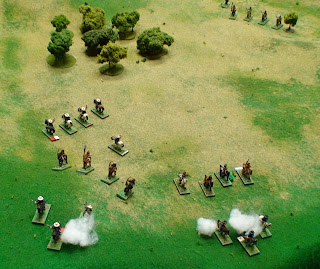 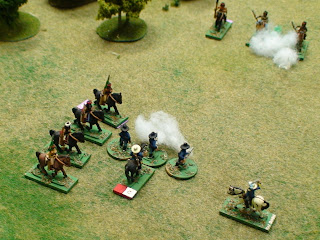 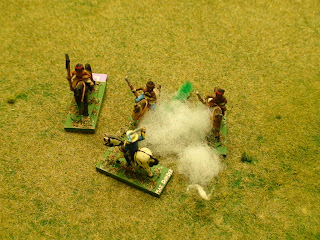