This blog post is part 3 of 5 for the Dawn Raid Scenario featuring my 15mm Boxer Rebellion collection. See part 1 for scenario details. This post is all about the Internationalist's initial attack.

Buildings and ships by the talented Mal Wright
Fortress by Eric (me)
Water: window tinting from Lowes.

US and Italian Command

USA and Italian forces move under cover of darkness as close as they can get to the walls before unleashing their batteries and rifle fire. The Chinese have not raised the alarm yet. 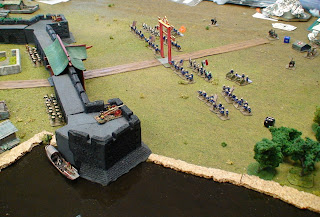 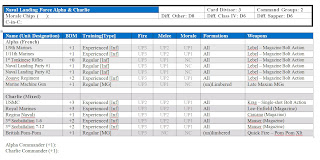 Here you can see Charlie Force boarding their long boats to attack the black fortress. This was a very couragous attack giving the terrain and situation. 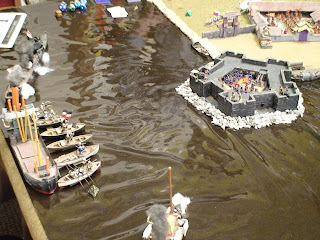 The Russians hit the Chinese barracks like a thunder clap! The Chinese are now well away of the allied attack! 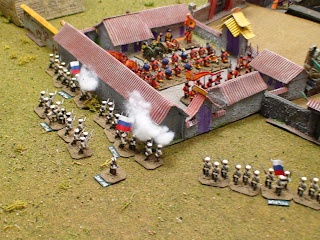 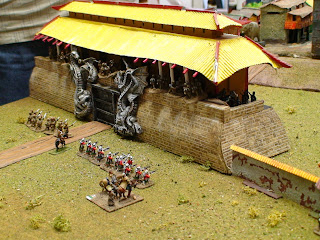 US and Italians begin to try to surpress the bastion guns before they can be brought to bare on their attack. The Chinese infantry is rousing from their sleep to find they are being attacked from three directions! 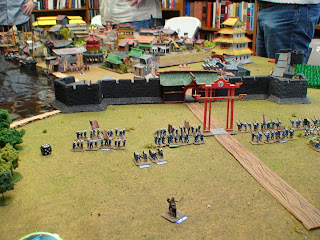 Shell fire from the gunboats (HMS Kangaroo and Austria gunboat) try to knock out the fortress guns and sink the Chinese Warjunk, while the longboats press for shore! 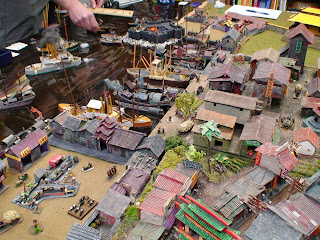 Chinese garrison is milling around in the parade ground getting weapons, ammo, while the Marines and Sailors (US, German, British) of the Naval flotilla hit the rocks around the fort. 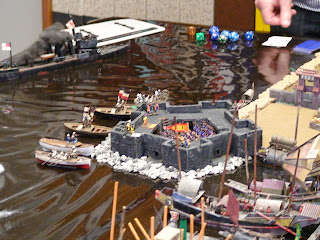 Instead of holding the barrack buildings and fighting the Russians tooth and nail, the Imperial Chinese commander (Jake) moved his units out into the courtyard. This was a bizarre moment and we had a good laugh later about this move. Jake hadn't even started drinking yet! 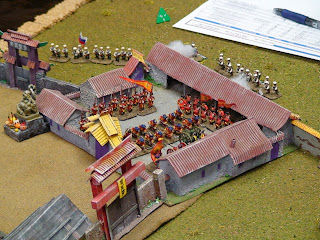 Gun Master Chang (lone figure on the ramparts) directs fire at the marines landing before his fortress. Chinese War junk getting ready to cast off the dock. 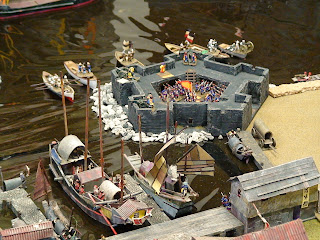 Russians begin to blast their way into the barracks, taking the first set of buildings. 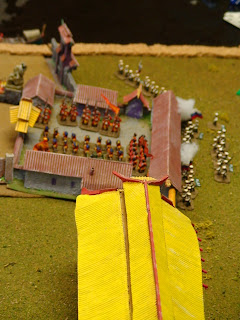 US and Italian (Bersaglieri) have made it to the walls and are now putting up scaling ladders. Notice that both Chinese batteries in the bastions have been destroyed. The question is will they get onto the walls before the Chinese infantry. 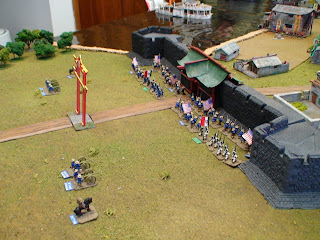 Part 4 will have more of the assault fighting.
Posted by Eric Burgess at 6:20 PM