This battle was a simulation of the last phases of the Vendee Revolt, with the Vendeans trying to get their large civilian column along with baggage across a major river before Republican reinforcements can arrive.

We had one brigade of Vendeans have a secret deployment, which led to one of the funniest wargame moments I have seen in a while. The Vendean commander wrote down their "secret" deployment in the bocage and hid the paper under the gaming table. About 10 minutes later the French Republican commander says, "what is this?" as my 3 year old Golden Retriever dog handed him the paper with the secret deployment locations of the Vendean troops! You can't make this up! We laughed until our sides hurt. From then on, she has been known as the "Blonde Republican Spy"! 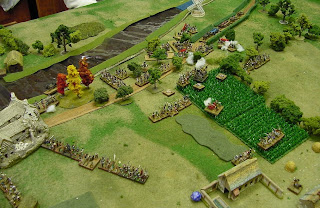 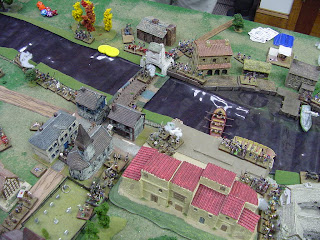 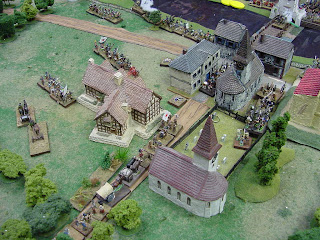 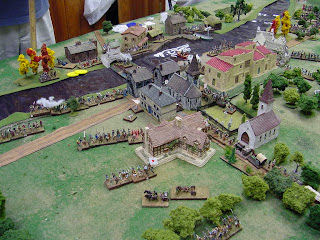 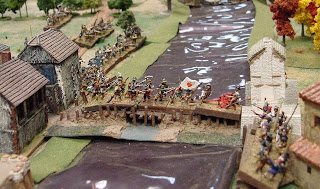 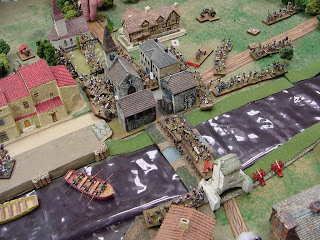 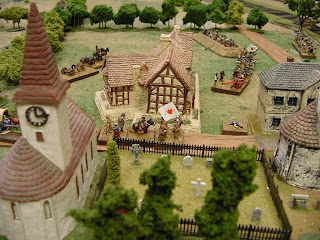 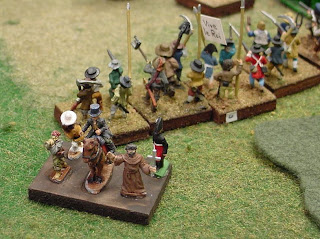 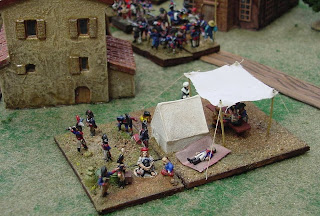 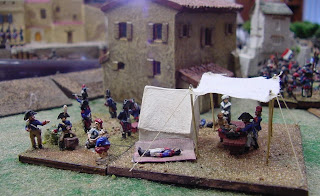 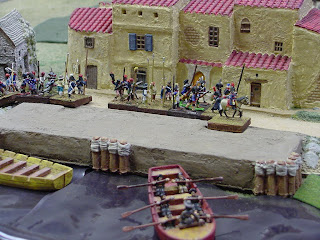 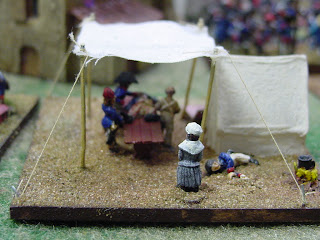 Superb!
I like that. I have a similar project but I do not know if I could do
Congratulations
Sylvain

I have a skirmish project in the same way.

That´s a very nice set up there.
Did your Golden retriever get command of a regiment for her bravery?
Greetings
Paul

Her virtues were questioned by the Vendean general! It really was a priceless moment.

always a joy to see this period,
thanks
jan
www.ca-ira.blogspot.com