This scenario came into being after doing a large amount of research for the Russo-Turkish War of 1787-1792. I have large Potemkin army for the Russians and an ever growing Ottoman army. Many of the battles turned into assaults against Ottoman fortresses of fortifications.

The orginal premise was to have the Russians assault Ottoman fortifications. Little did I know this would turn into 3 different games with 3 different assaults.

This is DAY1 of the assault. The Russians are hoping to neutralize the Ottoman cavalry and completely surround the fortifications, while overruning the outer works, and if lucky breach the Ottoman main defenses.

First photo is of the Russian right flank, ready to storm the hill and take the fortifications. 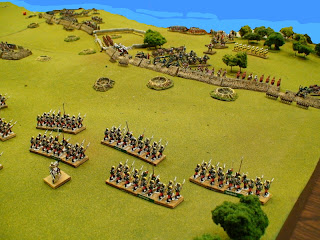 View from the center of the Russian lines, including the two heavy batteries. 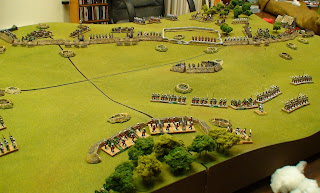 Russians mass of the assault against the big redoubt held by Greeks and Arnauts. 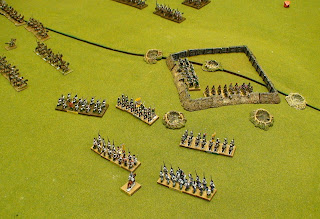 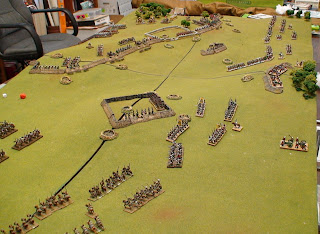 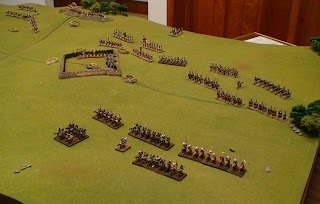 View from the Ottoman left flank. Sure are a lot of Russians swarming in front of them. 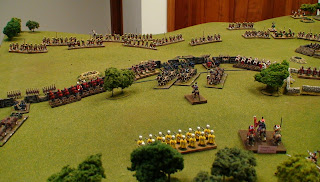 The little redoubt, with more Arnauts in them, is facing 4 times their number. 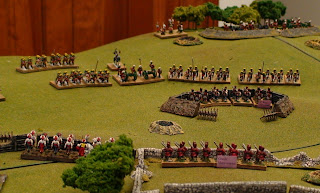 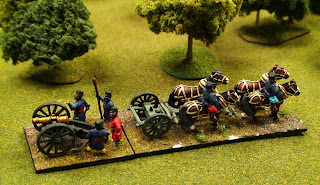 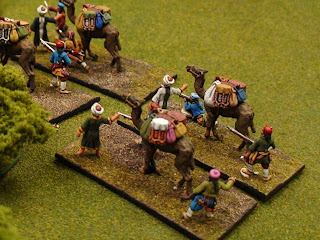 Arnauts shatter one Russian Regiment (one stand left), but are quickly overrun. 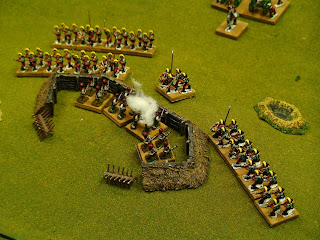 Russian main assault against the Ottoman left has already shattered one unit, and there is a large gap in the defenses. 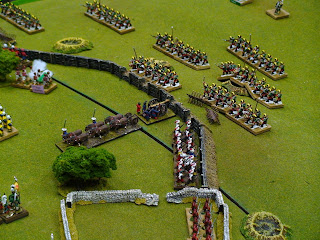 I love this camera angle! Here come the Russians! 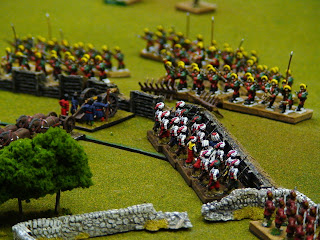 Nice view of the Russians attacks on the far right, and against the little redoubt. 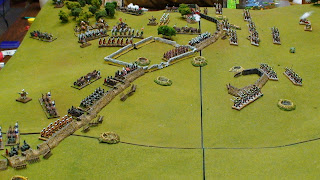 The Turks send in their cavalry! 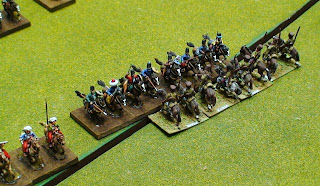 Ottomans scramble and throw a Janissary unit (yellow) into the breach, as the Russians seem unstoppable. 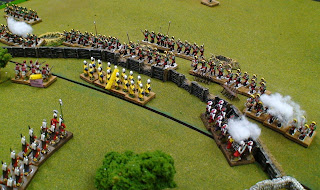 Grand Vizer commits the Janissary reserves to the battle (in march column). 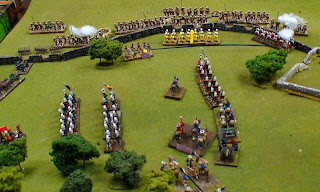 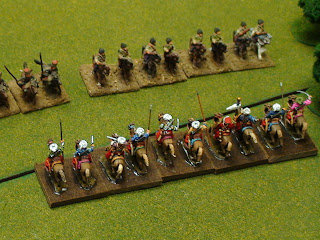 Janissaries didn't make it to the wall in time as 3 regiments of Russians stream over the earthworks. 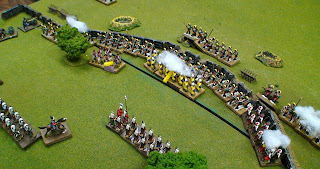 Action from the Russian perspective 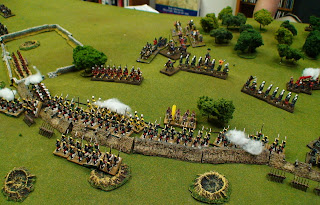 Good view of the battle. Russian right flank engulfed in a firestorm, little redoubt overrun, large redoubt being assaulted, while the Ottoman cavalry is streaming to the rear. 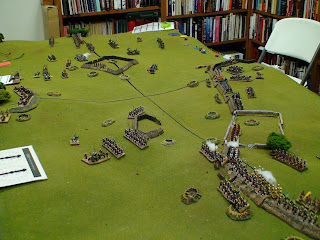 Ottomans waiting patiently for the Russians in the Center. 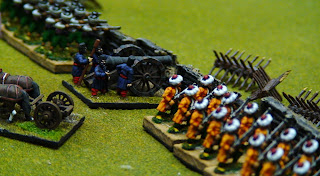 Big Redoubt being cleared by a Russian Grenadier unit. Hit the Arnauts on the flank. Ugly! 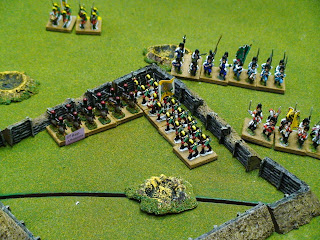 Back on the Russian right flank the Russians try to secure the fortifications. 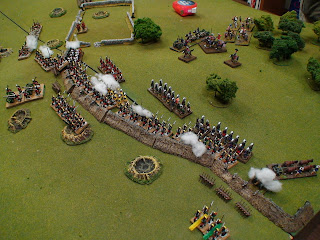 Russians attempting to get an artillery battery up close and personal. 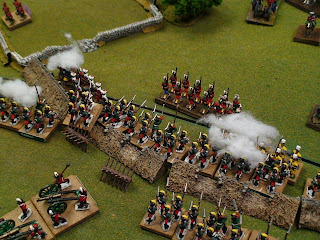 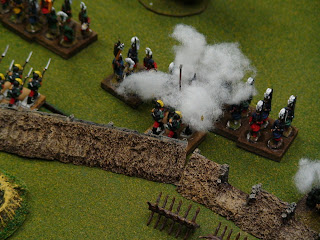 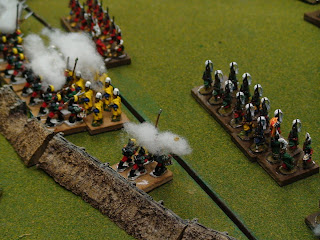 Russians sense that it is time to regroup. They have defeated the Ottoman cavalry, and secured both the little and big redoubt. They suffered heavy losses on the right, but nearly broke the entire Ottoman army. Without the Janissaries the Ottomans would have been overrun. The Russians pause, regroup, and prepare to assault the fortress on DAY2.
Posted by Eric Burgess at 11:02 PM