Just found this gem that I had no idea existed. As you know I'm working onVauban's Wars  to all gamers to fight 18th century (and early 19th century) sieges.

Currently I have several different Vauban fortresses in 15mm.
I was going back to Stone Mountain to look at their colonial range of figures and saw they have a 15mm Vauban fortress with zero pictures on the site:

Of course, without photos you can't get a good idea what someone's interpretations of a Vauban fortress are. Hence, I emailed Dave, the owner of Stone Mountain, who quickly provided me with the following photos of the fortress. Wow! I had no idea how cool his fortress looked. There is a five star and six star version. 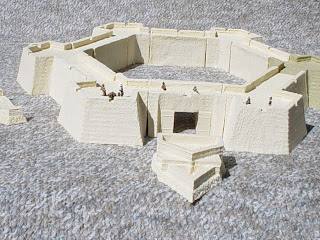 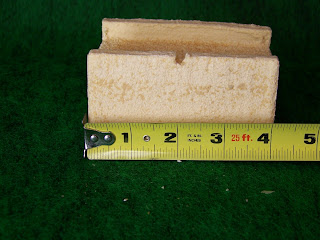 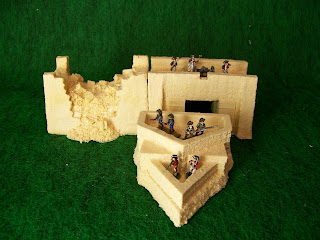 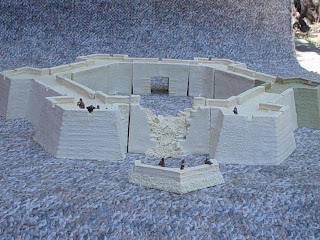 Anyway, I'm trying to get the word out along with some photos. I would like him to make the Ravelins available separately as I could use several more of those. Wish I had know about this product sooner.

If you have questions about the fortress, please contact Dave @ Stone Mountain directly.

Eric
Posted by Eric Burgess at 8:34 AM

That is a lovely little fortress. I had not seeen it before. Looks like a fun project.

No, I have the AH/OG fortress I bought from you. :-) That hasn't been painted yet. The one I'm still looking for is the vacuum cast fortress with large parapets for my figures.