Hi, some of you are aware that I'm writing the 2nd edition of Din o Battle, which is the colonial supplement for Piquet.

As part of the process I have decided to make a SQUAD scale game where each unit is roughly a squad in size. As you can see from the FFL squads are 2 stands with 3 figures per stand, while my Arabs are mounted 5 to a stand. I like the look, but players can have 3 to 5 figures per base for native units as it doesn't change game-play, but just the look.

This scenario is a straight ambush scenario with the Legion in march column being attacked on both flanks. Legion started the game with cavalry scouts out in front. The FFL ended up trying to use the ruins for cover, but were eventually overrun. Bad day for the legion. I have another set of photos I will post sometime soon, of a much large battle. 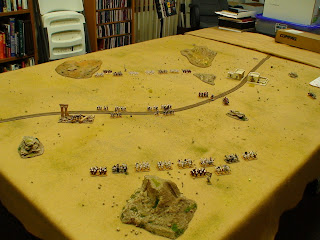 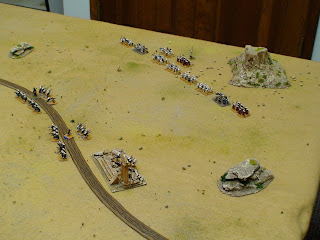 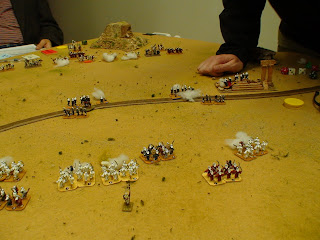 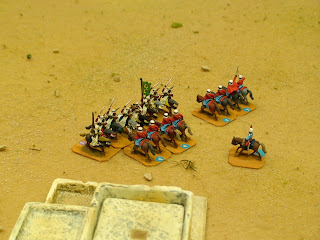 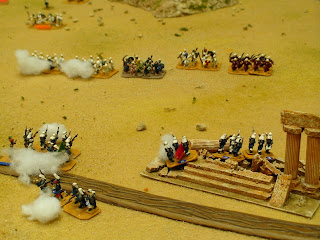 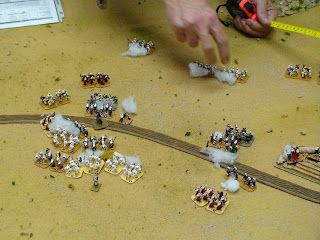 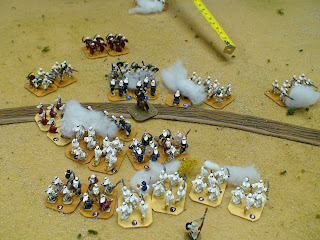 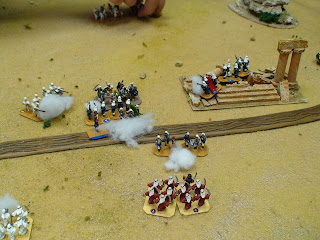 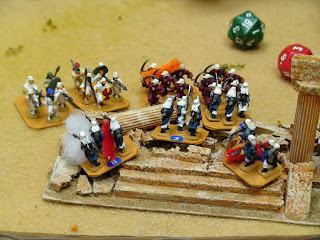 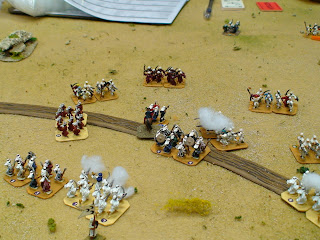