Here are some random shots of several different Plains War games we did when playtesting Din of Battle 2nd Edition (Piquet suppliment for Colonial Warfare I'm writing). All figures are 15mm and I picked them up in the flea market at Historicon.

I know the Indians are Apaches so don't ding me on that one. I was also figuring out how to make fairly barren terrain look like the plains. I find getting the terrain "right" for the Plains Wars the most difficult thing to do.

First set of photos are from the scenario "Punitive Action", whe the cavalry is trying to locate and destroy the Indian village. The cavalry thought the village was closer (on the board in the photo), but turned out when they crested the last hill before the village, the village had moved to the next valley! 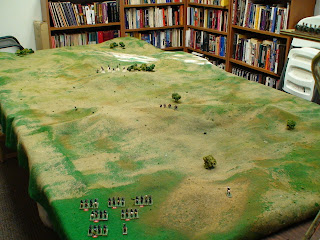 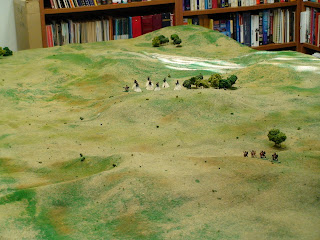 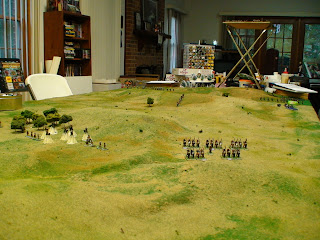 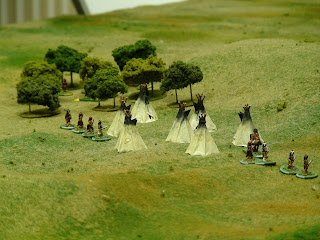 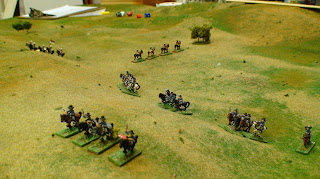 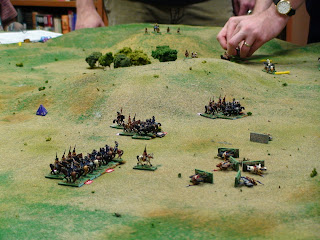 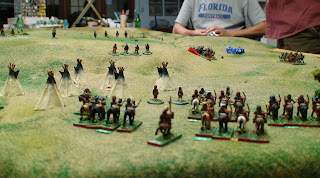 Second scenario was called "Tipi Hunting" near a river. Most of the Indians are returning from other raids, so there is only a small group of Indian defenders in the village. Several cavalry regiments are trying to destroy the village before too many Indians return. I believe there were 8 cavalry companies versus 12 to 14 Indian warbands. 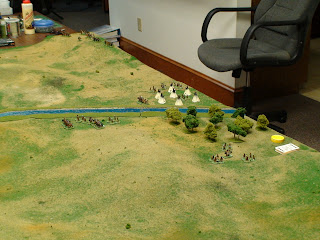 This shot gives you the idea of how 3" hills effect LOS in 15mm battles. 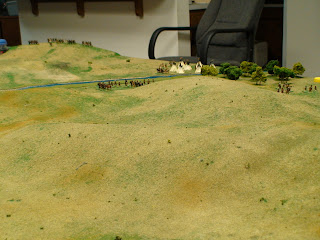 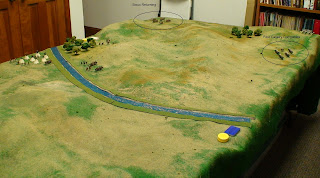 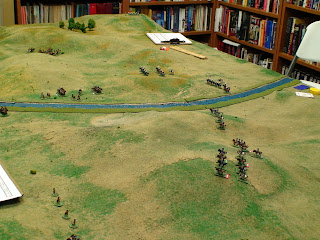 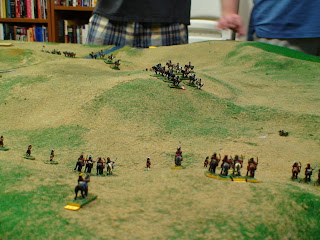 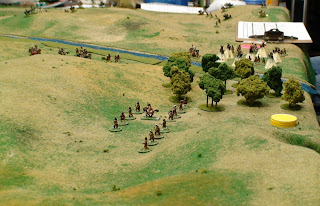 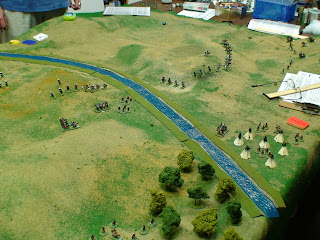 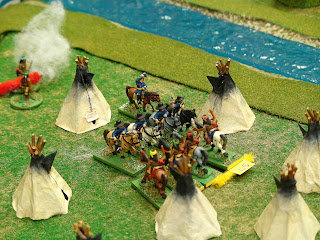 Thanks Andrew. This is my early efforts. I've been able to make this look a lot better. If you go to the "Plains War Campaign" label there are so shots from the campaign that I think look better.

If that's just flock dumped and distributed over the top, it looks fantastic!

that is what I have done. Flock is just what makes it look great. The cloth in this photo, I don't even use anymore. I have a newer one which I will show in a future blog post.

The cloth looks great.
I would really love to learn of your exact method for my own games.
Frank
http://adventuresinlead.blogspot.com/

For such a minimal amount of terrain the board does look fantastic. The rolling hils work perfectly. A tutorial would be great for how you got the effect with the flock. Thanks for sharing.

Hi Scott, let me see if I can come up with a tutorial in a future post. The key is to have rolling hills, then sprinkle different flocking around to get the ground to be non-uniformed.