Thought I would swith things up a bit here and post some photos of a playtest game of Junta!, which is my rules for low density combat in Banana Republics. The rules are streamlined Piquet, with each unit representing a squad and one vehicle = one vehicle.

This particular game was not finished as we were working through the rules. The basing is all temporary until I figure out how I want to mount things for this period. All figures and vehicles are Peter Pig's 15mm AK-47 range. I want my games to be in Central America rather than Africa. Village scratch built by Mal Wright.

This scenario is called "BBC" as there is a BBC reporter interviewing "El Capitan" when government troops attack!

Government forces enter from the top right of this photo, with rebels scattered in their camps around the jungle. 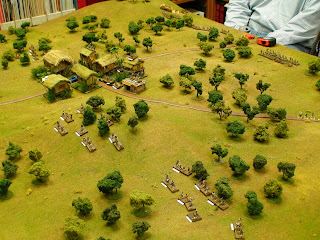 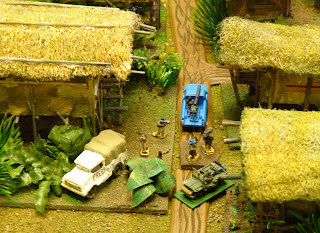 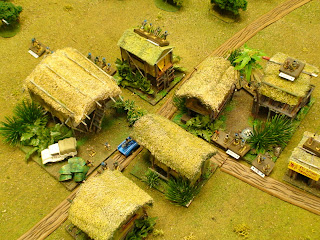 Government forces call in an airstrike with an old surplus Skyraider. 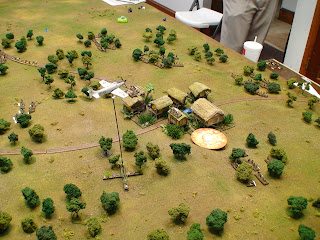 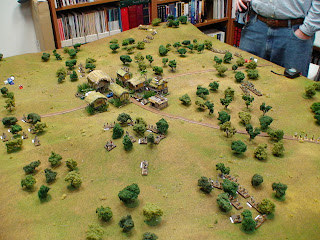 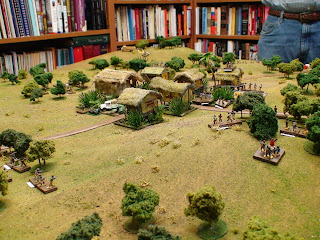 Militia leader (in red) can be seen inspiring the troops 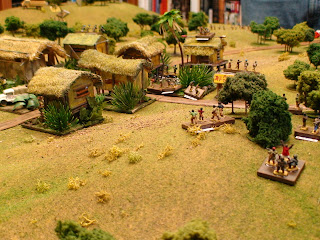 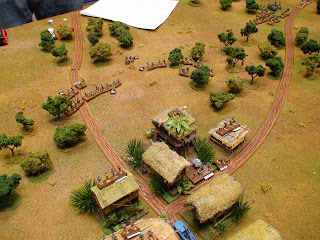 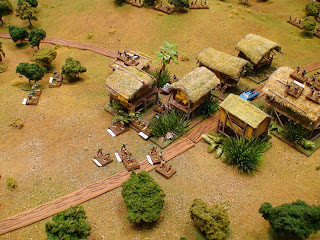 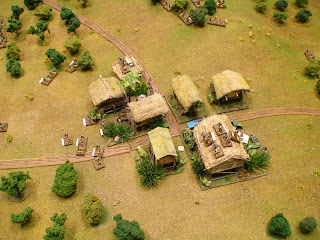 Government regulars expel the last of the militia from the village. 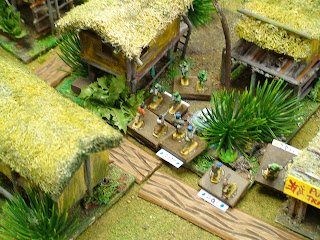 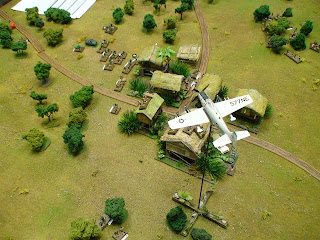 Looks interesting. Do you think you will publish these at some point?

Not sure if I will officially sell them or just give them away. I'm pretty sure they will not be "ready" until later in 2011. I have 3 other sets of rules ahead of this one to complete.