Here are some photos of a battle we fought in 2004 using Piquet's Cartouche supplement. I like how the snow gives a dramatic effect. I can't remember who won the battle, but we had fun.

Overview of the large battle. Roughly 40+ units per side. 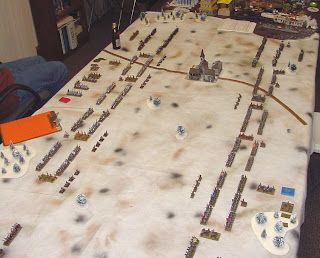 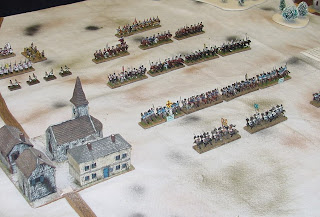 View of the Prussian center 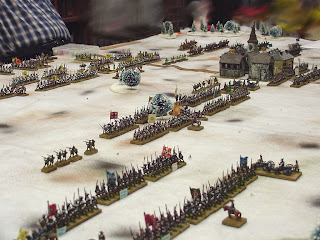 Prussian forces move into the town 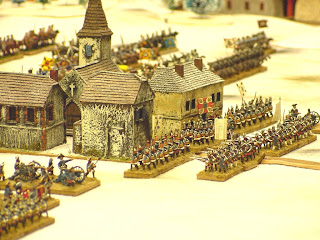 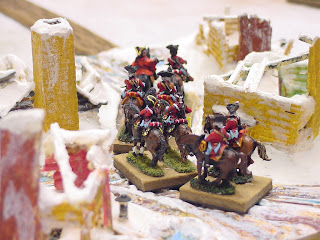 Austrians advancing in the center 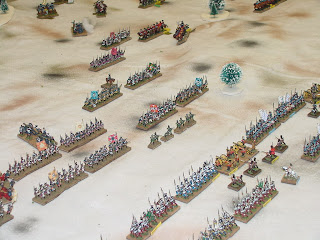 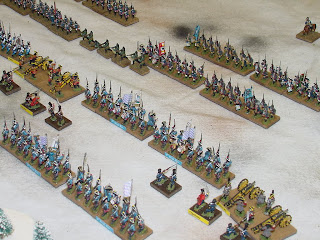 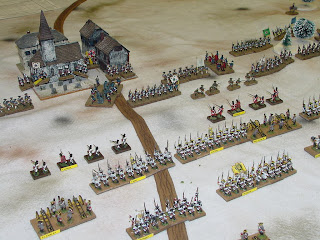 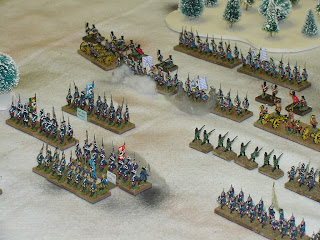 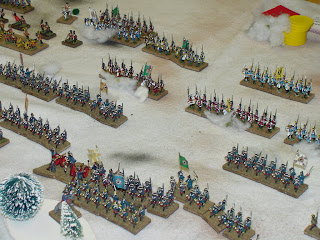 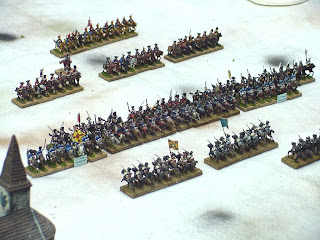 Bavarians mixing it up with the Prussians 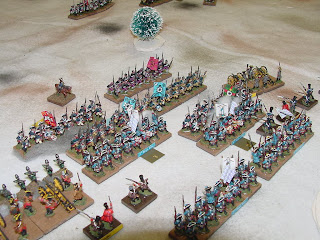 Hungarians into the breach 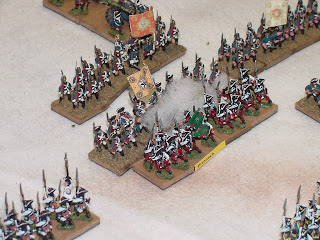