FOB Playtest of the Russo-Japanese War with Special Guest

A group of us got together including, Andy Finkel all the way from London, to playtest Field of Battle: 1900-1914 being written by Mark Dudley (one of the Ilkley Lads!).

We broke out my 15mm RJW miniatures and some beer and had at it!

Andy is known for rolling 1s in his games, but I believe his luck had turned this night.

We had a larger Japanese force, including Imperial Guard (red band on hat), attacking an entrenched Russians brigade on some hills. 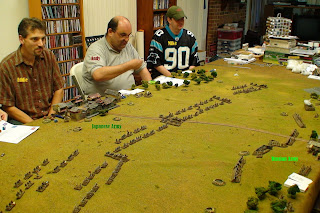 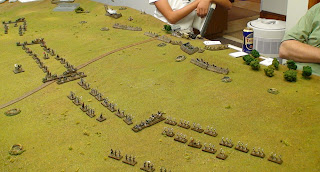 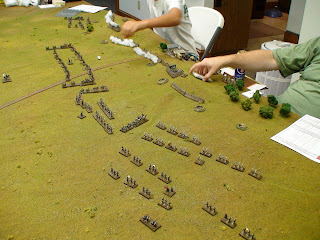 Russians blasting the Japanese (I know this is smokeless powder age, but we like the smoke) 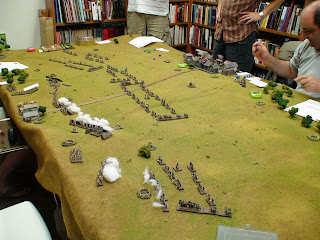 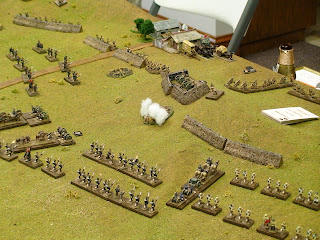 this photo is blurry, but I LOVE it! Great shot of a Japanese regiment storming the Russian right flank. 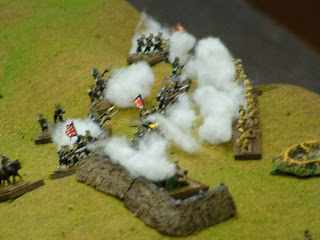 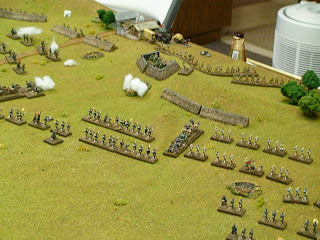 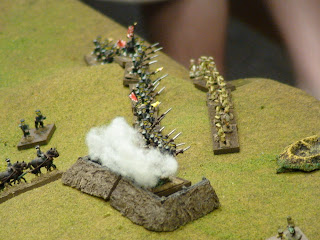 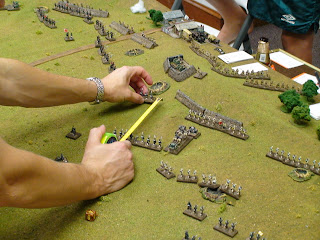 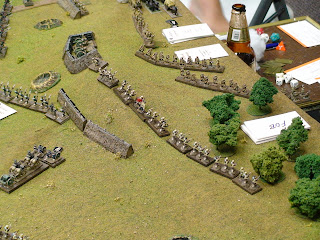 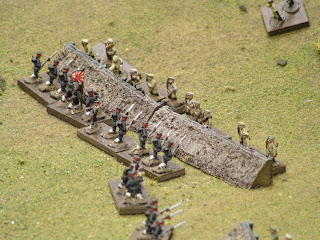 With both flanks destroyed and the Imperial Guard smashing the center the Russians capitulated! 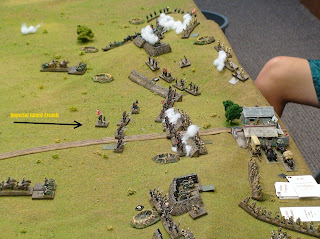 The Japanese won the game driving the Russians from their positions.

Nice looking game, I've been painting up figures for the Russo-Jap war for some time now for a pal, he's going to use Fire & Fury rules, what were the rules like?

Great looking game. I wish I had the time to get into the Russo-Jap War.

So many wars. So little time.

thanks for the complements guys! Field of Battle:1900-1914 is similar to Field of Battle by Piquet Inc. There are designer notes posted on the Piquet site about Piquet and Field of Battle. I will be using my BARRAGE Piquet supplement to fight future RJW battles.

I met Andy at Warafre show in Nov a very nice chap.

Hi Mark! Great to hear from you. We need to finish our rules around BATTALION scale Barrage. RJW and early WWI should be fought at the BATTALION scale.

Where can I find information on Russian and japanese organizations? And a painting tutorial...
Which manufacturer are your figurines?
Many thanks.
Emilio

This information is all over the internet. You may want to post the question to TMO too.